Dr. Gladue is one of the agency's lead researchers for the African Swine Fever (ASF) Vaccine research project in ARS' Plum Island Animal Disease Research Center in Orient Point, N.Y. He is one of 12 Flemming Award recipients from across the federal government. The Flemming Award was established in 1948 to reflect Dr. Arthur S. Flemming's desire to recognize early to mid-career public servants who go beyond what is expected and whose federal government achievements have a broad, positive impact on society. Together with the Arthur S. Flemming Awards Commission, the George Washington University's Trachtenberg School of Public Policy and Public Administration presents the awards annually in recognition of the outstanding achievements of Federal employees with three to 15 years of service.

"ARS' ability to deliver scientific solutions to animal disease and African Swine Fever is strengthened by Dr. Douglas Gladue's brilliant mind and research," said ARS Administrator Chavonda Jacobs-Young. "We appreciate his commitment to innovation and collaboration, and are proud to see his achievements receive the recognition they deserve." 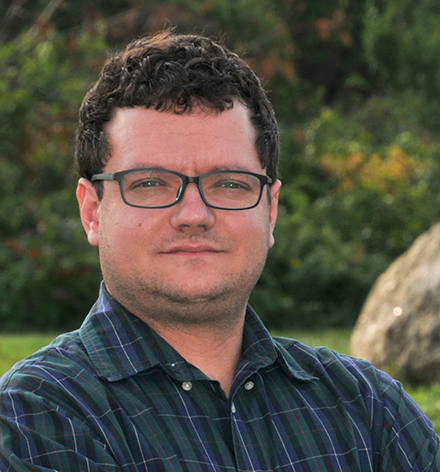 Dr. Gladue co-leads a research team that developed the first safe and effective vaccine candidate against ASF. The virus is mostly known to cause virulent, deadly outbreaks in wild and domestic swine, and has caused widespread and lethal outbreaks in various countries throughout Asia, Eastern Europe and the Dominican Republic. There have not been any outbreaks in the United States, but it's estimated that a national outbreak could cost at least $14 billion over two years, and $50 billion over 10 years. The virus is not a threat to humans and cannot be transmitted from pigs to humans.

No commercial vaccines are currently available to prevent the virus from spreading. While working in Plum Island's laboratory, Dr. Gladue and his team created an effective and safe ASF vaccine before transferring the technology to a commercial partner. He is also responsible for developing a diagnostic cell line for ASF that retains the vaccine characteristics while simultaneously replicating the vaccine in lab-grown cell cultures. This achievement has revolutionized diagnostics in laboratories worldwide, as scientists no longer have to rely on gathering fresh cells from live swine. Advancements like this greatly enhance ASF diagnostic capacity and animal well-being.

Recipients of the 2021 Arthur S. Flemming Award will be honored at an award ceremony in June. The winners are recognized for performing outstanding service in the fields of applied science and engineering, basic science, leadership and management, legal achievement, and social science.