"The production value of certified organic berry crops in the United States was $990 million in 2019, a 12-fold increase over the previous 10 years and a reflection of consumer-driven demand for organic berries; certified organic blueberries in Oregon and Washington account for over 50 percent of this production." Strik said in her presentation. "The long-term research on organic systems that has been conducted at Oregon State University since 2006 and the dissemination of its outcomes through extension and teaching have had large impacts on increasing yield and reducing input costs."

The berry crop industries in Oregon and around the world have all benefited from Strik's research and her work in teaching and extension. Strik's extension publications continue to serve as production guides for blueberry, blackberry, raspberry, kiwifruit and table grapes for large commercial operations, small farms, and home gardeners, both conventional and organic. Strik is a professor emeritus in the Department of Horticulture at Oregon State University.

Her research in blueberry production and nutrient management has had impacts that few have ever matched. When Strik began her career with Oregon State University in 1987, the industry standard was to plant blueberry bushes four feet apart in rows that were mulched with sawdust or had bare ground and without trellises. Today, largely as a result of Strik's research, blueberries are grown two-and-a-half to three feet apart with the aid of trellises and weed mat mulch is common. Yields during development years have increased dramatically and organic production has increased from less than two percent to more than 20 percent of Oregon acreage. 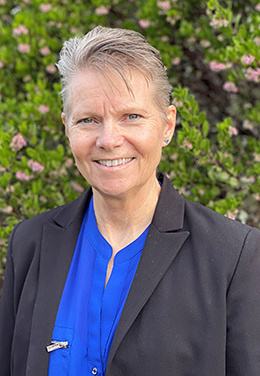 Further, cost benefit analysis has always played a role in Strik's research with her innate understanding that management decisions must also consider the bottom line in a commercial operation. She has always had a unique ability to connect with growers, to listen and observe, identifying the issues that are really a concern in their production processes. Once such questions were identified, she was known for designing rigorous research studies that got to the heart of those challenges and then sharing the results and how to apply them with growers.

The innovativeness and high caliber of Strik's research and extension programs have been recognized by the scientific community, her university and the grower industries on which she has had such a significant impact with honors such as being elected Fellow of the International Society for Horticultural Science; Fellow of the American Society for Horticultural Science; the Duke Galletta Award for excellence in horticultural research, North American Blueberry Council; North American Raspberry & Blackberry Growers' Association Distinguished Service Award; and Lifetime Achievement Award presented by the Oregon Blueberry Industry.

ARS established the B. Y. Morrison Memorial Lecture to honor the memory of Benjamin Y. Morrison (1891-1966) by recognizing scientists who have made outstanding contributions to horticulture. B.Y. Morrison was the first director of USDA's National Arboretum in Washington, D.C. A scientist, plant breeder, landscape architect, plant explorer, author, and lecturer, Morrison advanced the science of botany and horticulture in the United States. His legacy to the American public includes dozens of new ornamental plants, including the Glenn Dale azaleas. More information about the B.Y. Morrison Memorial Lecture can be found at https://www.ars.usda.gov/research/lectures/morrison/.