The study, published in Phytoparasitica, showed that this was the first record of the mite species in the country, and the species could be a solution for managing tree-of-heaven infestations in Europe and the United States.

"In Europe, this Eriophyid mite is considered one of the most promising biological control agents of tree-of-heaven," said Javid Kashefi, senior support scientist at the European Biological Control Laboratory (EBCL) near Montpellier, France. "This finding provides encouraging evidence that the geographic occurrence of this species is expanding in the continent."

In May 2020, Kashefi conducted weekly field observations at a park in Colombes, France, near Paris, to identify natural enemies of the tree-of-heaven. He discovered trees displaying leaf rolling associated with Eriophyid mite infestation. 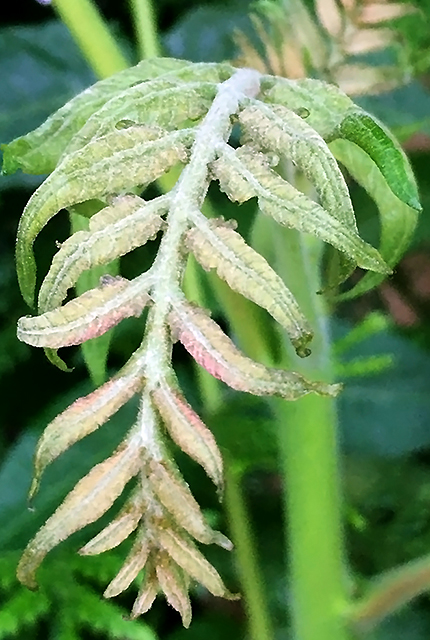 Four more populations were then found in different localities in southern France in August and September 2020.

Through barcoding mite population samples and comparing them to reference barcode sequences from an Eriophyid mite population from the Biotechnology and Biological Control Agency in Italy, EBCL researchers confirmed the species' original identification made by a taxonomy expert in Serbia.

Eriophyid mites are microscopic in size and form dense populations mainly under the young leaves, causing leaves to curl upwards or downwards and turn yellowish in color. Once a plant is infested by these mites, the plant's growth is reduced.

While some mites could be problematic pests, many Eriophyid mites have proved to be host-specific – something researchers look for when studying biological control agents of an invasive species. 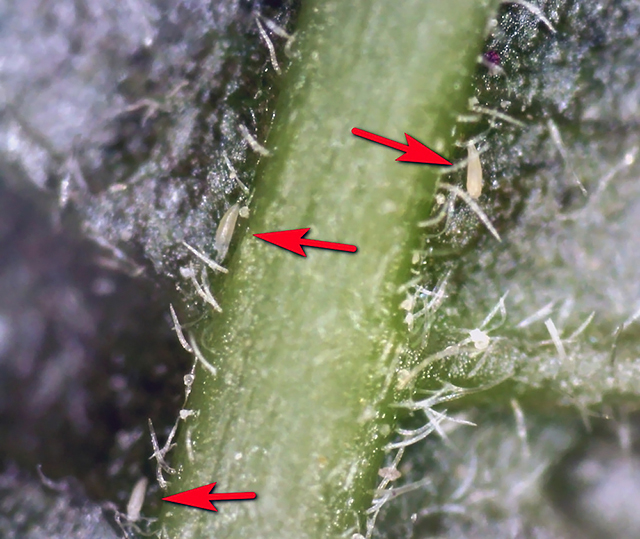 "The presence of this species in France is indicative of their dispersal and establishment abilities, two key factors for a successful, future biological control program," said Kashefi.

Native to northeast and central China, the tree-of-heaven was introduced in U.S. and Europe in the 1700s. Despite its angelic name, the tree is invasive in both continents due to its abilities to crowd native species in different climates. The tree can also damage pavement and building foundations in urban areas.

To manage invasive populations, researchers are studying natural enemies as biological control agents. Natural enemies can be more environment-friendly, sustainable and cost-effective alternatives to mechanical weed control and chemical herbicides. These alternatives are especially important for countries where herbicide usage is prohibited or the extension of the invasion of the weed is so vast that no other control method could be feasible.