What do you do with an unruly guest who refuses to behave? In Florida, Agricultural Research Service (ARS) researchers invited a new guest to the party; one with a very special appetite.

The Brazilian peppertree (Schinus terebinthifolia) is a member of the plant family that includes poison ivy, poison oak, and poison sumac. The plant, a native of South America, has taken root in Florida and infested more than 700,000 acres of southern and central regions of the state, including nature reserves, military bases, and ranches. The weed is also in parts of California, Texas, and Hawaii. 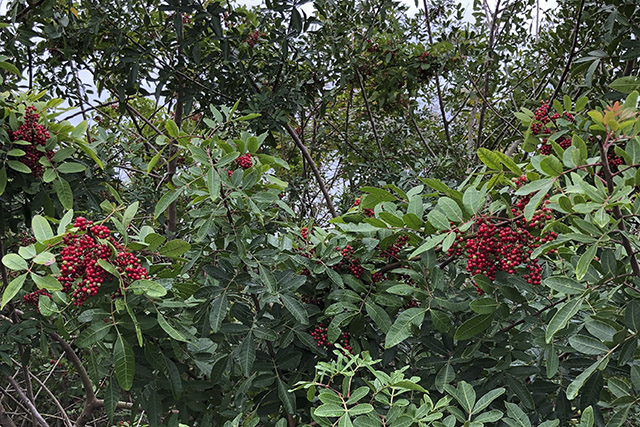 "Worldwide, the Brazilian pepper tree is one of the most aggressive species," said Greg Wheeler, a research entomologist at the ARS Invasive Plant Research Laboratory (IPRL) in Fort Lauderdale, FL.

According to Wheeler, the plant has achieved success as an invader due to a lack of natural predators in this country. In its natural habitat, about 140 species of insect feed on the Brazilian peppertree. "Without insects eating it, the weed has prolific reproduction. It outcompetes others by producing toxic substances that prevent neighboring plants from germinating," he said. 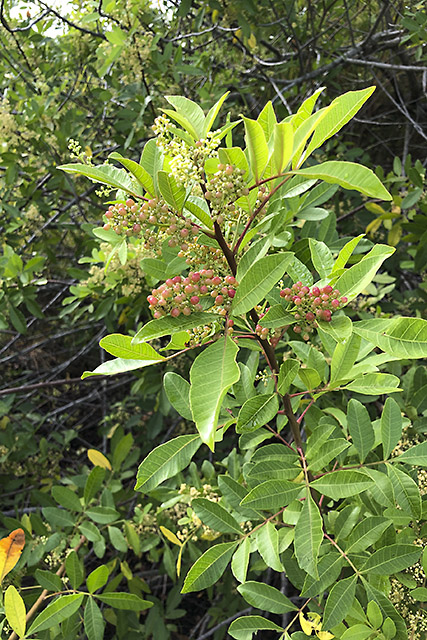 Brazilian peppertree with fruit in various stages of maturity. They start green and end up red. (Greg Wheeler, D4386-2)

"After more than 10 years of study in our quarantine lab, the thrips was found to be safe and was released during the summer of 2019," he said. Until the release of this first biological control agent against the Brazilian peppertree, pesticides were the only means of controlling the weed. 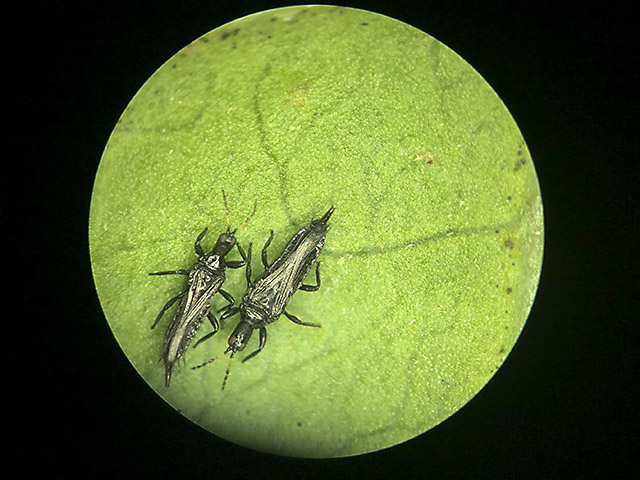 This type of thrips, not to be confused with any of the other 6,000 or so varieties of thrips, feeds exclusively on Brazilian peppertree and is no danger to other plants. "Our goal was to find a specialist that would be a safe and effective control agent for release against this invasive weed," Wheeler said.

Thrips are small sap-sucking insects that weaken Brazilian peppertree plants. When they feed on the plants, they kill the growing tips, which reduces the ability of the plant to grow and reproduce. Though effective in controlling spread, thrips alone will not eradicate the plant. 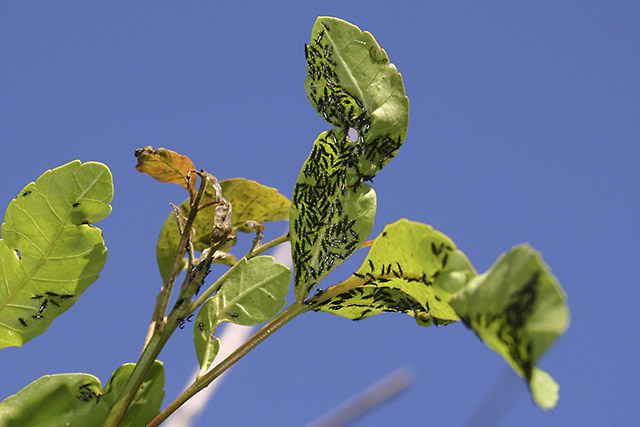 "There will always be some of the weed present," Wheeler said, "but by restoring the relationship between insects and weeds, we can control invasive species with sustainable and cost-effect methods." 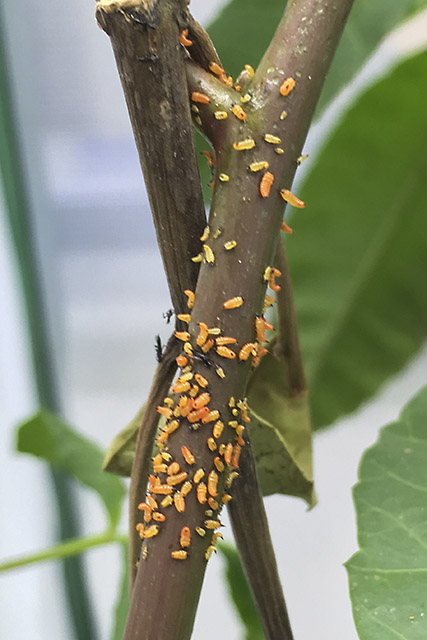 According to IPRL research leader Phil Tipping, developing a new pesticide costs more than $286 million, takes 11-12 years, frequently produces collateral damage and weed resistance, requires large markets, and returns $3 to $6.50 for every $1 invested. Conversely, researching biological controls – such as Brazilian peppertree thrips – usually costs about $5 million per weed, takes as few as 5 years, is specific to the targeted weed, is environmentally friendly, and returns $16 -$35 for every $1 invested. — By Scott Elliott, ARS Office of Communications.