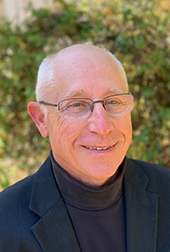 Sparks is an internationally recognized leader in the field of agrochemistry. His pioneering research in green chemistry and natural products-based insecticides resulted in the development of spinetoram, an analogue of the insecticide Spinosad, among other successes. Spinetoram was one of the most advanced insect control agents possessing a combination of an expanded board spectrum of effectiveness, especially against insects resistant to other insecticides, coupled with very low toxicity and environmental risk profile.

In 2008, the year that spinetoram was launched, it received the prestigious U.S. Environmental Protection Agency Green Chemistry Award. It also won the 2009 Michigan Green Chemistry Governor's Award for controlling a broad spectrum of insect pests in a wide variety of crops while being applied at lower rates than many conventional insecticides.

Sparks also led a variety of other research efforts resulting in the discovery of numerous new insecticidal chemistries, including characterizing the biochemical basis for lack of resistance to sulfoxaflor, a new sulfoximine insecticide for the control of sap-feeding insect pests.

Among Sparks' many honors and awards are the Kenneth A. Spencer Award; the Entomological Society of America Recognition Award in Insect Physiology, Biochemistry, & Toxicology; and R&D Magazine Scientist of the Year. He holds more than 47 patents and pending patents and has authored more than 150 refereed journal publications, book chapters, and other articles.

Sparks retired from Dow AgroSciences (now Corteva Agriscience) in 2019. He now is an independent consultant.

Hendricks contributed to many diverse scientific disciplines, including plant physiology, soil science, mineralogy, agronomy, geology, and chemistry. He is most frequently remembered for discovering phytochrome, the light-activated molecule that regulates many plant processes. More information about the Sterling B. Hendricks Lecture is available at www.ars.usda.gov/research/lectures/hendricks.