The Nuts and Bolts of Peanut Breeding

Welcome Dr. Dean to Under the Microscope.

UM – How long does it take to develop a new peanut line?

LD: For conventional (not GMO) breeders, it can take up to 10 years from the first cross to the public release of a new peanut cultivar.

UM – What qualities do peanut breeders look for?

LD: Most breeders are working to produce cultivars that are of the best value for peanut farmers. They are especially concerned with producing a high yield with a good grade. They want to produce plant lines with the greatest resistance to plant diseases and aflatoxin infestation, and drought resistance.

UM – How do you and your team evaluate peanut varieties?

LD: We work with the ARS National Peanut Laboratory in Dawson, GA.  The peanut samples are sent there from the various breeding programs around the U.S. who cooperate with the Uniform Peanut Performance Trials (UPPT).  The samples are shelled and graded there before being sent to us in Raleigh, NC.

At the Food Science and Market Quality and Handling Research Unit, my group evaluates peanut flavor using Descriptive Sensory Analysis with the Spectrum® method.  Each attribute is given a number score and the scores are averaged across the number of panelists, including members of the lab group, students, and staff from the Department of Food, Bioprocessing and Nutrition Sciences at North Carolina State University.  Everyone on the panel is trained to score the attributes listed in the Peanut Lexicon and some members have over 2000 hours of experience. 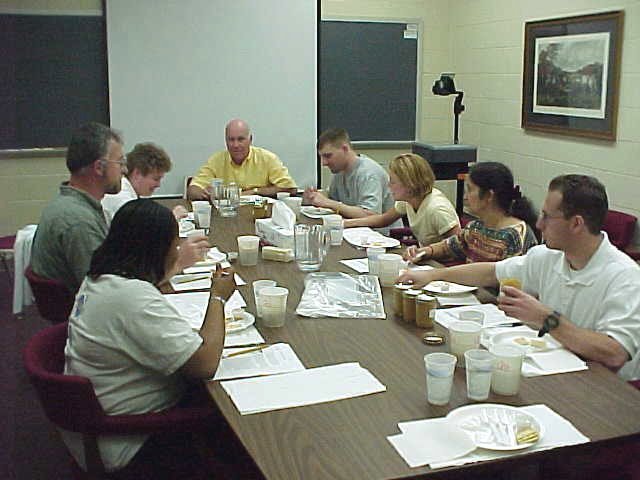 The peanuts are also evaluated for "roastability," that is, what conditions are needed for optimum roasting and how evenly they roast.  The composition, protein, moisture, sugar, fatty acid, and vitamin E content is determined using wet chemistry and chromatography.

LD: There are four major types of peanut crop in the U.S., but the majority are Runner type peanuts. These are usually mid-sized, have high yields, and possess good roastability. They are not only used for peanut butter, which accounts for about 50% of all peanuts grown domestically, but also for candy production.

Virginia type peanuts are usually larger and have bright pods.  They are preferred for in-shell or "ballpark" peanuts and for oil roasted "cocktail" peanuts that are packed in cans or jars.

Spanish type peanuts are small-sized, reddish-brown colored, and usually sweeter.  They are used in candy and some peanut butters.

Valencia type peanuts are small and have pods with 3 or 4 kernels. They are a very small part of the overall crop, as they usually produce smaller yields than other cultivars, but are more drought resistant.  They are grown mostly in New Mexico and California under organic conditions for peanut butter.  They are also popular for boiling, although all types of peanuts are boiled for immediate consumption, especially in the Southeast U.S.

UM – Why are peanut skins usually removed before processing and consumption?

LD: Peanut skins are very high in tannin compounds, which make them bitter and astringent.  The compounds present are similar to those in tea, chocolate, and cranberries.  As a result, most people remove them when eating in-shell peanuts.  When making peanut butter, they are removed by blanching (brief heating at low temperature, followed by mechanical abrasion).  If left on, the peanut butter looks dark with flecks and is stiff, so that it cannot be spread as easily. 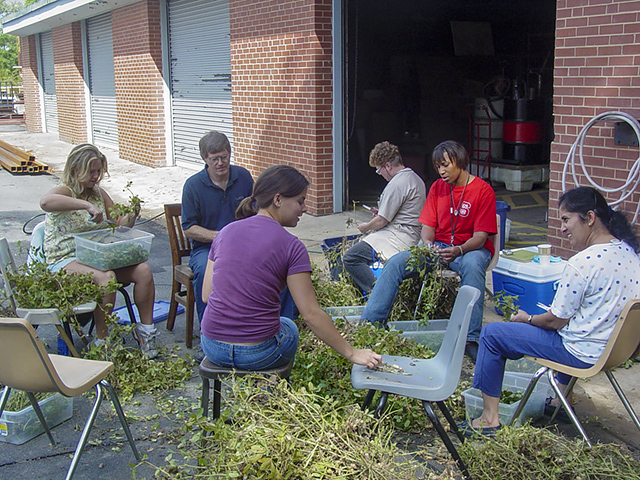 UM – Although peanut skins are usually regarded as agricultural and food processing waste, you mentioned they actually have some benefits for consumers.  Please explain.

LD:  The same compounds that cause the bitter flavor also have antioxidant and anti-inflammatory properties in cell culture.  They may also have antiaging and anticancer properties.  In nature, they serve to reduce insect infestation to some degree due to the bitterness.

Research has shown that these properties can be captured from other food processing waste such as coffee grounds, spent tea leaves, grape pomace, fruit peels, cocoa hulls, and similar materials. It would stand to reason that peanut skins could be used in these ways as well. 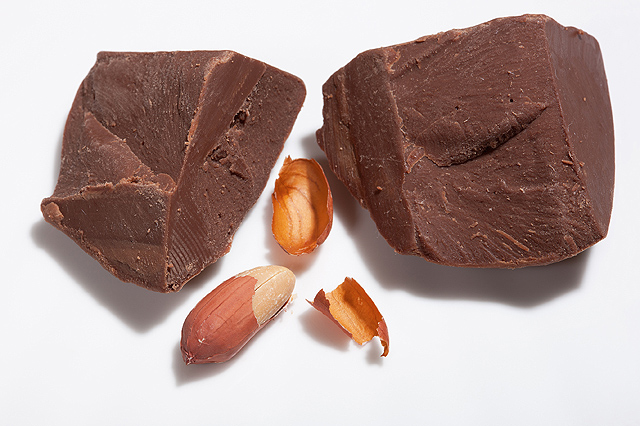 UM – What are some non-culinary uses of peanut skins?

LD: Currently, the waste skins from peanut processing are used as a fiber source in animal feed and landscape mulch.  There is a limit to the amount that can be fed to cattle because the tannin compounds bind protein in the animal gut and make it difficult for adsorption, potentially causing weight loss in the animal.  In addition, high levels of tannin make the material bitter and the animals may reject it.

Researchers at the National Peanut Laboratory found that peanut skins can be used to make a wood stain, a cosmetic ingredient, and can be distilled to make a type of brandy.  Our group has isolated the active compounds from the peanut skins, leaving behind a debittered fiber material that makes a better animal feed ingredient.  The tannin compound extract can also be spray-dried to make a functional food ingredient to fortify milk chocolate and to make flavored coatings for peanuts.– by Georgia Jiang, ARS Office of Communications.