Welcome Drs. Ling and Altland to Under the Microscope.

UM – How does vertical farming differ from conventional agriculture?

JA: Traditional farming involves planting crops in soil on open fields with natural sunlight and irrigation. However, vertical farming takes place inside, grows crops in stacked layers, and uses artificial growing systems such as hydroponics, aquaponics, or other methods of soilless agriculture.

UM – What are the advantages of vertical farming?

UM – What are the limitations to this type of farming? What is ARS doing to overcome these challenges?

JA:  The major disadvantage is that you give up access to the Sun, which is most abundant (and free) source of energy on Earth. Growing plants vertically in stacked systems often requires artificial light sources, which can become costly. Vertical farming also requires humidity control through expensive and energy-intensive heating, ventilation, and air conditioning (HVAC) systems.

KL: Another limitation is the general lack of knowledge and experience in maximizing crop productivity under a controlled environment.  To address this, ARS established a Grand Challenge synergy project on controlled environment agriculture (CEA) in 2018.  This project is a national coordinated research effort to generate knowledge for both greenhouse and vertical farming practices by improving plant genetics and breeding, LED lighting and environment control, hydroponic/aquaponic nutrient solutions, plant pest and disease management, and food quality and safety practices. 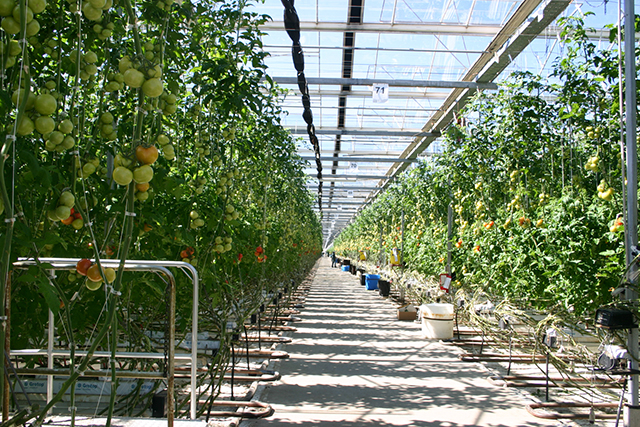 These tomatoes are being grown hydroponically (in a nutrient-rich solution rather than in soil) in a greenhouse. Small fruiting crops like tomatoes have great potential for vertical farming production. (Photo by Kai-Shu Ling, D4685-1)

UM – How will consumers benefit from vertical farming techniques?

JA:  Vertical farming crops can often be grown without pesticides and are much less likely to be contaminated by pathogens harmful to humans such as E. coli.

JA:  Currently, lettuce and other leafy greens are the most popular crops for vertical farming.  While research is underway to grow all types of crops in vertical farms, the most successful ones today would be those that can be grown hydroponically, have relatively short compact growth forms, and can be harvested in their entirety. For example, lettuce can be harvested in its whole form, as opposed to corn where only the cob is harvested for sale and the rest must be disposed of some other way. 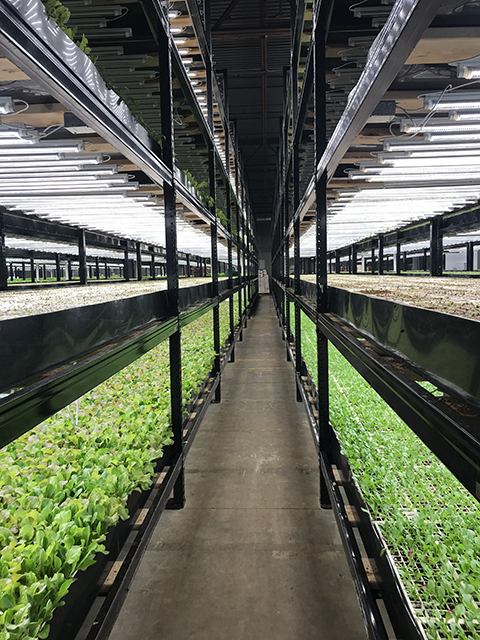 UM – Are the fruits and produce grown from vertical farming different – nutritionally, aesthetically, flavor-wise – from those grown by traditional methods?

JA:  Adding on to that, ARS is looking to research nutritive quality and sensorial qualities (taste, feel, flavor) of select crops grown in vertical farms vs. traditional open field.

UM – How much of the farming market will vertical farming comprise, say 10 years down the road?

KL: Vertical farming is an emerging technology. Although it is still a small market right now, it has tremendous growth potential as environment control, automation, and crop production technologies are improved and energy costs are reduced.    It is hard to predict how this industry will grow in the future, but I believe that it's possible that vertical farming can take over approximately 50% of leafy green markets in the U.S. and some small portions (~5%) of small fruit (strawberry) and tomato markets in 10 years. 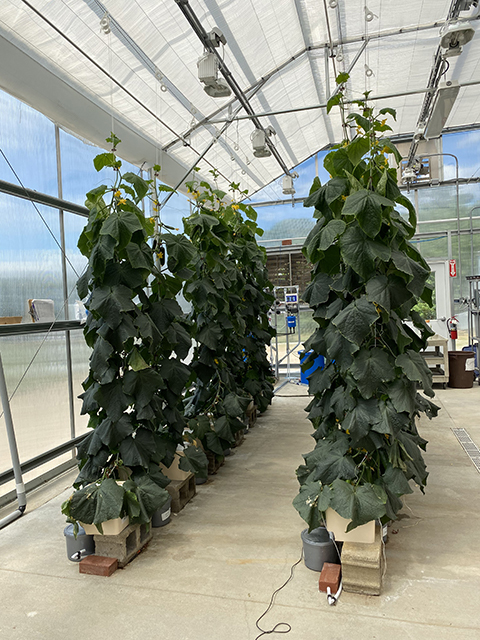 UM – I understand that vertical farming has launched into space. What are you hoping to accomplish with this effort?

JA: NASA is keenly interested in CEA agriculture for its use on long-term manned space missions.

KL: Agreed. NASA is a pioneer in research on crop production under controlled environment. NASA continues to improve the technologies for growing vegetables and fruits in space for future Moon and Mars explorations.  USDA has a long history of collaboration with NASA on controlled environment agriculture research.

UM – Vertical farming seems to be a very futuristic concept, but gears are already in motion for practical implementation. What are some of ARS's current vertical farming projects and what are you and your team hoping to accomplish?

JA:  We are involved in hydroponics, nutrition and fertilization, water quality, pest management (diseases and insects), lighting, carbon dioxide consumption, and energy modeling.  Our unit is also building a new and modern vertical farm facility on the campus of the University of Toledo to study this method of crop production more intensely.

KL:  Much of the research involving vertical farming overlaps with the work that has already been done with greenhouses.  Scientists abroad have also been developing new vertical farming techniques that are specially tailored to their country's needs, something that we hope to also apply in the U.S. through the ARS grand challenge synergy project. – by Georgia Jiang, ARS Office of Communications.