How Crops are Responding to Global Atmospheric Change

Welcome Dr. Ainsworth to Under the Microscope.

UM – Crop production is vital to the health and wellness of this country, and the world. How has global atmospheric change affected our crops?

LA – Recent studies have found that the effects of ozone pollution are approximately equivalent to other environmental stresses such as nutrient limitation, pests and diseases, or drought or heat stress. 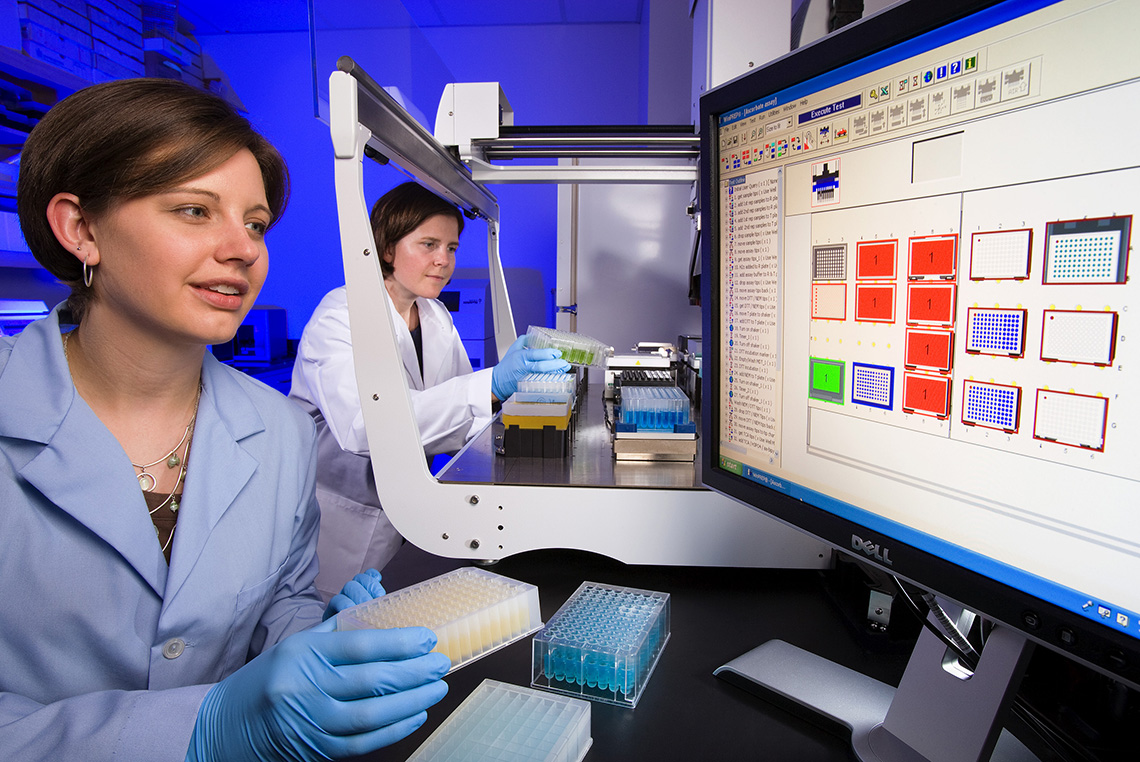 UM – Is there a single factor, or factors, that is of greatest concern?

LA – Carbon dioxide is the greatest contributor to global warming, and accordingly, is a major concern for humanity. The rise in atmospheric carbon dioxide concentration and other greenhouse gases including methane, nitrous oxides, and ozone have warmed the planet by 1.6 degrees Fahrenheit since the late 1800's and that warming is responsible for shrinking ice sheets and glaciers, sea level rise, and increased extreme weather events. Carbon dioxide contributes the most to warming and so that is why it gets so much attention in the news in terms of limiting emissions or developing technologies to sequester it from the atmosphere. Specifically, for crop production, location and seasonality influence which environmental factors limit productivity. For corn growing in the United States, nutrient limitations, aridity stress, heat stress, and ozone pollution are all predicted to reduce seed yield by 5 to 10 percent.

UM – What are the challenges that crop farmers are facing now, and in the future, with regards to both global atmospheric change and climate change?

LA – There are a number of challenges that are intensifying with climate change, including changes in rainfall patterns with more frequent extremes, exemplified by the floods in spring 2019. More extreme high temperature events or droughts are also challenges that farmers will increasingly face. The changes in atmospheric composition – rising carbon dioxide and ozone concentrations – are driving the changes in climate, and better understanding the interactive effects of changes in the atmosphere and climate is needed to develop strategies to assist producers in the future.

UM – What are the key findings in your research, and what possible solutions have you discovered?

LA – My research has addressed the impacts of atmospheric change on the two most important commodity crops in the United States: corn and soybeans. One of the key findings from my research is there is genetic variation in crop responses to climate change. Genetic variation is the cornerstone to breeding, and so our research suggests that it is possible to breed for varieties of crops that are better suited to future atmospheres. For example, we identified inbred corn lines that are particularly sensitive to ozone pollution and are studying the genes that are differentially expressed in those lines. We have also identified varieties of soybean that yield 25 percent higher in elevated carbon dioxide concentrations expected for the middle of this century. 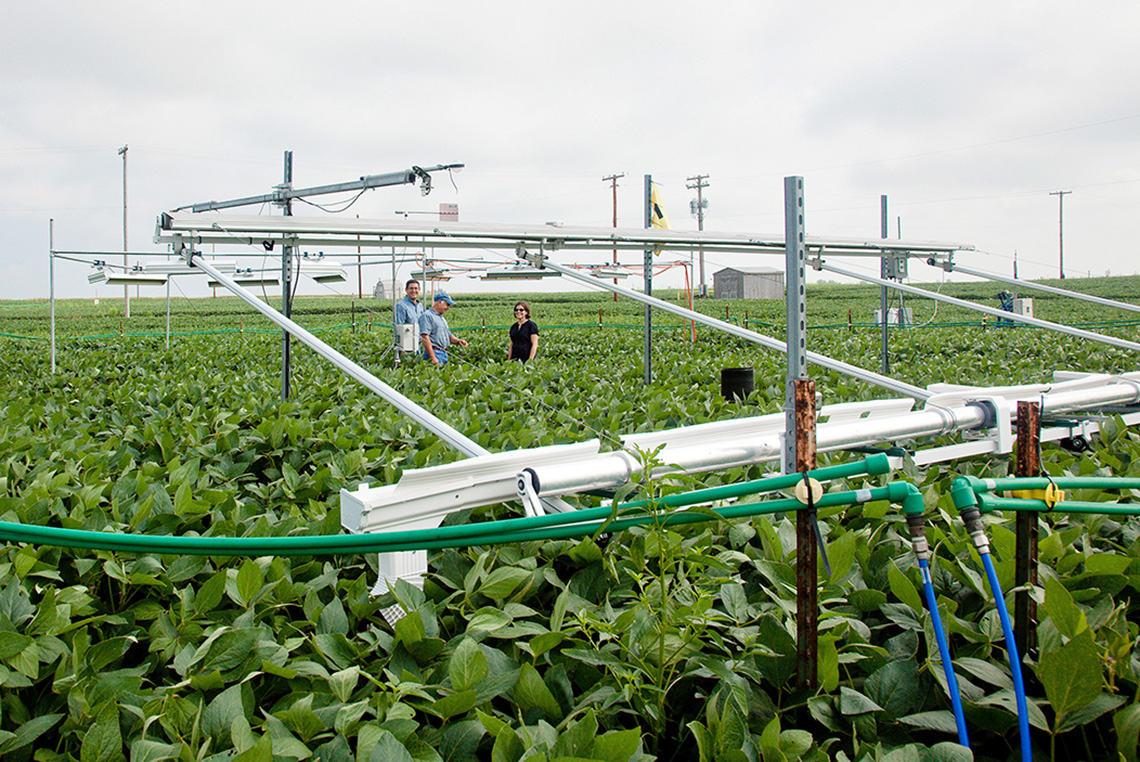 UM – Based on your findings, what can farmers do to ensure their crops mature and even thrive under a plethora of difficult conditions, such as heavy rains, droughts, ozone pollution, and rising carbon dioxide levels?

LA – Farmers are already adapting to climate change in many ways. Perhaps most obviously, they are growing crops in new areas. For instance, corn is now widely planted in North and South Dakota in contrast to 10 to 15 years ago. Additionally, farmers are taking advantage of longer growing seasons when spring conditions permit early planting, and longer maturity varieties can be planted.

UM – How is the agricultural industry, including seed companies, using your research today?

LA – I have collaborated with companies to test commercial varieties for carbon dioxide response, temperature response, and ozone tolerance. This information can be used to identify lines for future development. I have also mentored a number of students and post-doctoral associates who are leaders in the agricultural industry today.

UM– In addition to your important research on this topic, how else is USDA helping farmers meet the challenges of climate change?