Welcome Dr. Ramirez to Under the Microscope:

UM – Pest management has always been a priority for farmers. How much do insects impact our crops, fields, and yields, and what are the growing concerns with these disruptive insects?

JR – There is an ever growing invasion of new invasive pests into the United States. These potential new pests, in addition to the ones already established, pose a threat to agriculture and public health. The impact of insect pests to crops runs in the billions of dollars, affecting major industries such as citrus, grapes, avocados, corn, etc.

In addition, arthropod pests also have an impact on human/animal health. For example, mosquitoes and ticks can transmit diseases to humans and livestock. Growing concerns include insecticide resistance, introduction of new invasive species, and the geographical expansion of already established insect pests.

UM – Chemical pesticides are commonly used in agriculture to control pests that can harm crops. Why is there a need for an alternative method?

JR – Chemical pesticides can quickly control an insect pest population, especially covering large areas. They have been essential for the expansion and growth of agriculture and for the control of mosquito-borne diseases affecting public health. However, the persistence of chemical-pesticide toxicity in the environment, their effects on non-target organisms, including humans, and the increase in insecticide resistance demands the need for alternative methods of control that are pest specific, non-harmful to humans, and do not develop resistance. 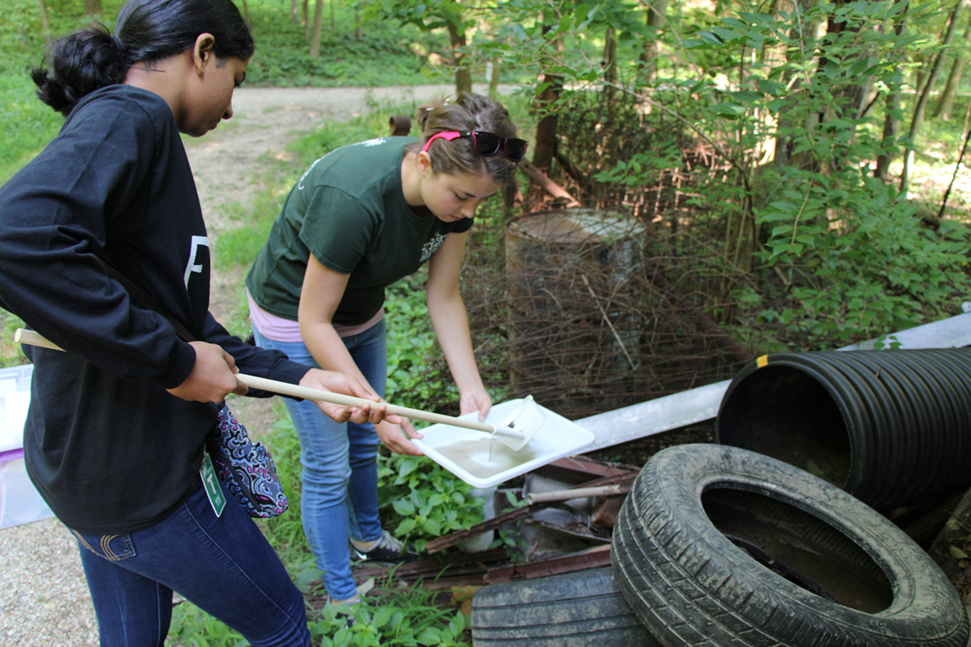 UM – What are the advantages of using microbial pesticides, such as bacterial, fungal, and viral insect pathogens, nematodes, and parasitoids?

JR – Microbial pesticides and parasitic insects offer an environmentally-friendly alternative with the potential to alleviate huge economic losses to U.S. agriculture and benefit public health. This process is called biological control, and consists of using the pests' natural enemies, which can be other insects, bacteria, virus, nematodes, or fungi, to control the pest population.

Some of the advantages of microbial control include reducing chemical pesticide use, improving crop quality, and reducing environmental contamination. In addition, they can be very specific where they target just a specific pest, thus being economical in the long term, and in some cases can be a self-sustaining system. Several scientists at ARS are currently working and evaluating a range of these biological parasites, from nematodes to bacteria, fungi, viruses and tiny parasitic wasps to control a variety of destructive pests.

UM – How does the process work?

JR – It depends on the biocontrol organism to be used. First, we try to discover a "good" natural enemy, which could be a fungi, bacteria, or insect that can kill the target pest. Usually this is done in the pest's native habitat. Once in the laboratory, a lot of research is done to see whether it could harm non-target organisms, like bees for example, once it is released into the new location. This is a very important step because we don't want this new organism to create new problems. Next, research is done to make large quantities of the "good" natural enemy. Here, if we are using bacteria or fungi, they are grown in special containers with enough nutrients that allow them to rapidly grow in numbers. Last, research is conducted to find a way to keep the "good" microbe (bacteria, fungus, or virus) alive for long periods of time. This last step allows for the commercialization of the natural enemy that consumers can use to target specific pests. 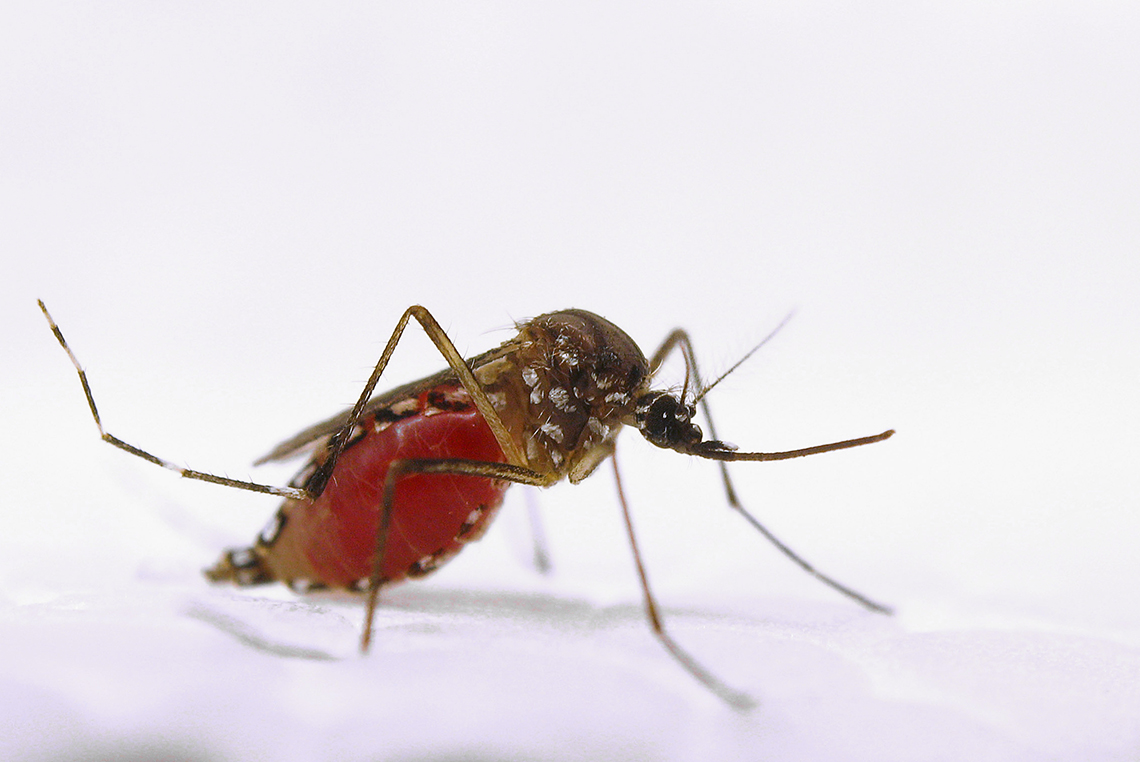 UM – What results have you seen with employing biological parasites to kill off a disruptive pest?

JR – There are several successful examples of using this biological pest control approach. A classic example is the use of a tiny parasitic wasp (Encarsia formosa) to successfully control the greenhouse whitefly, an insect pest that feasts on and sometimes transmits viruses that decimate tomatoes and other vegetables. Recently, microbes that naturally kill insect pests in their habitat have been included as active ingredients in several commercially available biopesticides. Fungal pathogens that only infect and kill insects are essential microbial control agents employed against a variety of crop pests, and insects of veterinary, urban, and public health importance.

UM – I understand that mosquitoes have been a particular focus of your work. How can mosquito populations be best controlled, without the use of chemical pesticides?

JR – The best approach is one that integrates several strategies, from chemical to cultural to biological control. With cultural control we can reduce the mosquito breeding habitats by removing reproductive sites from around the house like old tires, etc., that can hold water. Meanwhile, with microbial pesticides we can target the mosquito itself at different life stages, from larvae to adults, thus reducing the mosquito population. These two last approaches enable us to reduce the use of chemical pesticides.

Currently we are evaluating several bacteria and fungi for their ability to kill larvae and adult mosquitoes. Each of these microbial parasites have a distinct way of killing the mosquito, and we are researching which one is most effective at controlling large populations of mosquitoes. In addition, we are interested in learning how microbial parasites kill the mosquito, what weapons they use, and whether we can replicate it or improve it, so that we can accelerate the kill rate of mosquitoes. 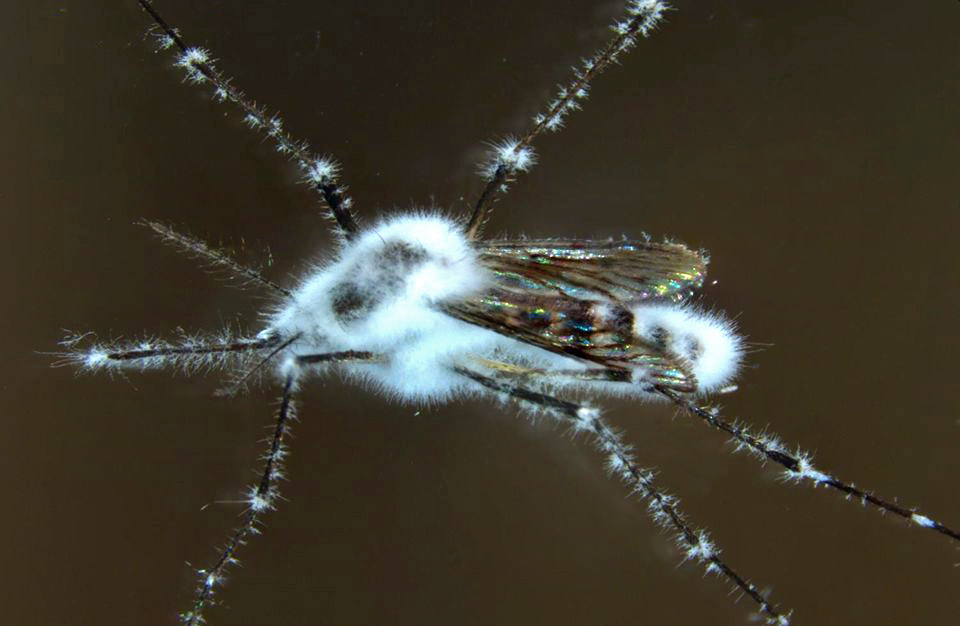 A mosquito killed by a fungal entomopathogen shows emergence of the fungus that infected it and killed it. (Jose Luis Ramirez)

UM – Give me one common myth about mosquitos.

JR – Perhaps the most common myth is that all mosquitoes transmit pathogens that cause disease. There are over 3,000 species of mosquitoes around the world. The United States is home to about 176 mosquito species, and on average each State might have anywhere from 35-80 mosquito species. From those species, only three to five are capable of transmitting human pathogens, but those species that do transmit human pathogens reproduce in the millions and can potentially transmit diseases to every adult and child in the United States.

UM – I can tell you that, as a homeowner, mosquitos can be a real itchy annoyance. Any advice for controlling mosquitoes in the backyard?

JR – The main thing a homeowner can do is to make sure there are no stagnant ponds, clogged rain gutters, abandoned tires, or old discarded receptacles that could hold water and serve as a mosquito breeding site. If the homeowner has a water garden or pond, consider using commercially available mosquito pellets that contain and deliver a naturally occurring bacteria (Bti) that kills mosquito larvae and reduces the population of mosquitoes. In addition, use appropriate clothing and insect repellents when venturing outdoors. This will not only reduce nuisance but prevent you from potentially contracting a mosquito-borne disease.