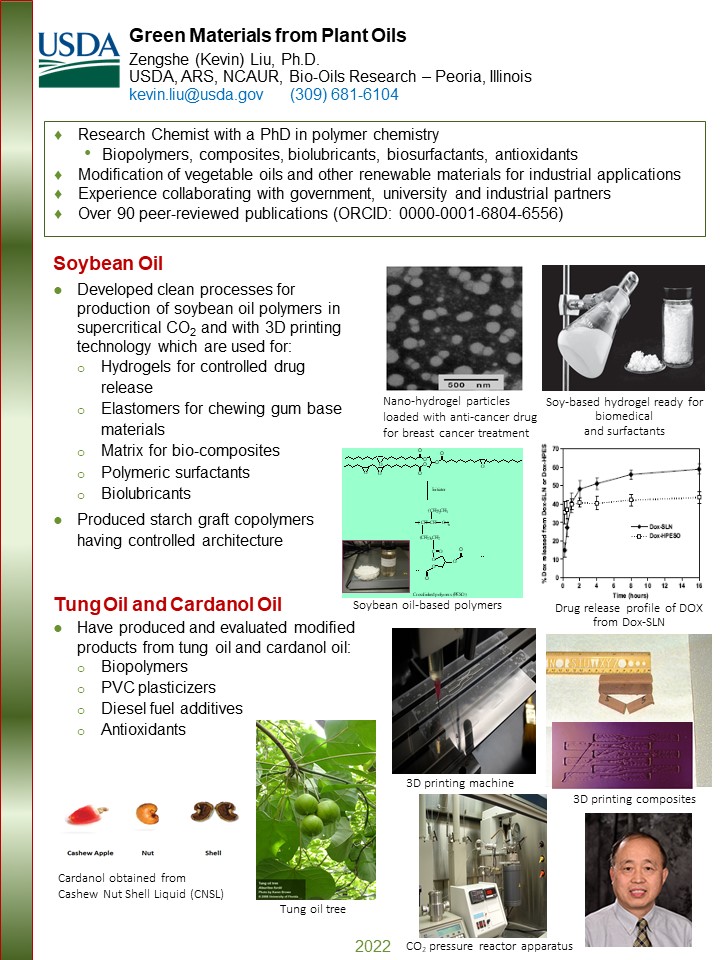 h Chemist in the Bio-Oils Research Unit at the USDA National Center for Agricultural Utilization Research in Peoria, IL.  Dr. Liu earned B.S. and  M.S. degrees from Wuhan University, China in 1978 and 1981, respectively. He was an Associate Professor at Henan University from 1987 to 1989. Dr. Liu earned a Ph.D. from the University of Waterloo, Canada in 1995.  His doctoral work focused on swellable polymer supported Wilkinson's catalysts for hydrogen transfer hydrogenation reactions.

Dr. Liu joined ARS in 1999 where his research primarily focuses on polymer chemistry and oleochemistry as they relate to chemical modification of lipids for industrial applications.  Over the course of his career with ARS, Dr. Liu has published over 100 manuscripts, book chapters, conference proceedings and presented numerous papers at national and international conferences, often as an invited speaker.