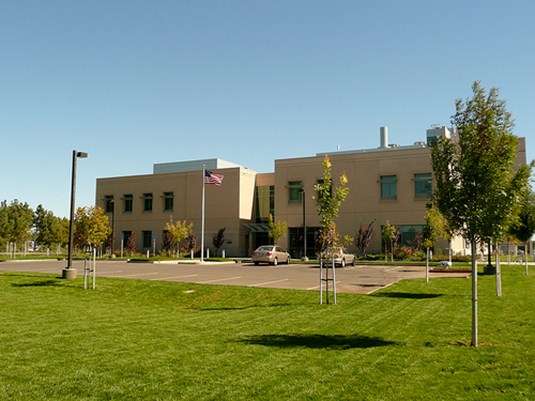 The Western Human Nutrition Research Center (WHNRC) was established at the Presidio of San Francisco in 1980, taking over the U.S. Army Medical Nutrition Research Laboratory which was suffering from budget cuts after the Vietnam War. The state of the art Letterman Army Institute of Research (LAIR) was a 3-story earthquake resistant building that included a 12-bed metabolic unit with a kitchen and analytical laboratory. The location was noted for the beautiful panoramic views of the San Francisco Bay.

University affiliation was encouraged and three of the five HNRCs were established on University campuses: Grand Forks at the University of North Dakota; Boston at Tufts University and Houston at Baylor University. The University of California (UC) campuses at Berkeley, Davis, or Los Angeles were considered as possibilities, but because of the excellent facilities at LAIR, a UC site was not chosen in 1980.

The Center Directors of the WHNRC were;

1995 Dr. Janet King, formerly Chair of the Department of Nutritional Sciences at UC Berkeley and notably elected to the National Academy of Sciences and inducted into the Agricultural Research Service (ARS) Science Hall of Fame.

With the forthcoming closure of the Presidio military base in 1994, the WHRNC had to find a new home. Dr. King led the initiative to relocate from the Presidio to the UC Davis Campus and secured congressional support for the new building, located on the Davis campus in the Central Valley of California. The university is known as a strong agricultural sciences school and was a good fit for the Center’s mission of understanding the relationships among farm, food and health.

However, by 1999, it was time for WHNRC to vacate the Presidio, but construction on the new facility had not yet begun. The WHNRC scientists, staff and laboratories had to be relocated to various locations on campus. The silver lining of this challenging transition was the 7-year period of close contact between WHNRC scientists and their UC Davis colleagues, stimulating a variety of interactions that would benefit the Center’s research program in the years ahead.

On August 22, 2002, groundbreaking ceremonies launched the construction of the new laboratory and office building. It is a two story structure, approximately 49,000 square feet on a two-acre lot. WHNRC staff numbered 100, including 15 lead scientists, as well as post-doctoral researchers and pre-doctoral students. Support facilities included a 12-bed metabolic unit, research kitchen, and Bioanalytical and Physiological Support Laboratories for conducting carefully controlled nutrition studies that could last for a few hours to months in duration. The new building opened in 2004.

In 2008, construction was completed on an indirect calorimeter. Later, cognitive chambers were installed, and a new nutritional metabolomics facility was established.

The WHNRC's research tools include molecular and cell biology, immunology, metabolism and metabolomics, genomics, physiology and endocrinology, nutritional status assessment and biochemistry, body composition analysis, food intake behavior, and whole body calorimetry. The Metabolic Kitchen is among the best in the world and supports controlled human feeding studies. The Center is supported about 50:50 by USDA ARS base funds and grants initiated by its Scientists.

In-house appropriated projects through the years: