A thorough understanding of the ecology and population biology of aflatoxin-producing fungi is a prerequisite for devising new strategies for controlling aflatoxin in peanuts.  We have examined populations at three spatial scales.

Transect through the southern United States:  Peanut-growing regions having severe aflatoxin outbreaks are dominated by toxigenic strains of Aspergillus flavus. 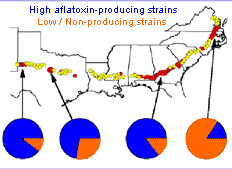 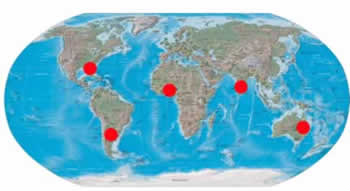