At NPRL we are concerned with mycotoxins, harmful chemicals produced by certain species of fungi. Under certain conditions, these fungi can infect and grow in various crops, including peanuts and corn, contaminating them with mycotoxins. 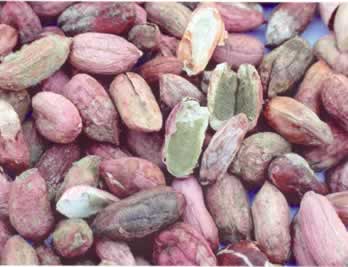 Because mycotoxin contamination threatens the safety of food and feed, extensive monitoring must be done to ensure that mycotoxins are below levels set by the Food and Drug Administration. The most important mycotoxin that may contaminate peanuts and corn is aflatoxin. Not only is aflatoxin contamination a food safety concern, it is a major economic problem for the peanut and corn industries, which have to pay for the monitoring and take other expensive steps to be sure that products going into the edible market are essentially aflatoxin-free.

The NPRL has conducted research on aflatoxin contamination of peanuts for many years and has recently developed and patented technology for biological control of aflatoxin contamination. This technology has been licensed and commercialized by Circle One Global, Inc., under the trade name, afla-guard?. Since receiving EPA registration as a biopesticide in 2004, afla-guard has been used in commercial peanut production in the southeastern US where aflatoxin contamination is historically the highest. It is also being used in large-scale tests on corn under an EPA experimental use permit. If those trials prove to be safe and successful, it is expected that the label would be extended to include that crop as well. 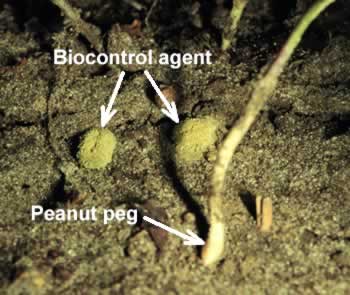