Tracheal mites, Acarapis woodi, are parasites that pose a significant health problem for honey bees in the United States and in many other countries. Fortunately, some stocks of bees have an inherent genetic resistance to being infested by mites. Until the experiments described here, it was not known what specific characteristics enabled bees to resist infestation by the mites. 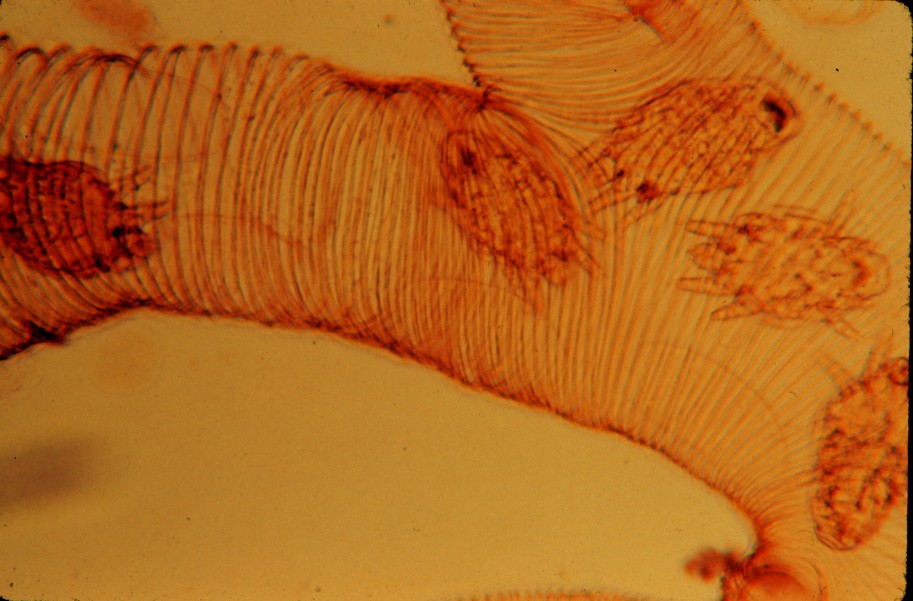 Tracheal mites in a honey bee trachea (photo at 30X) 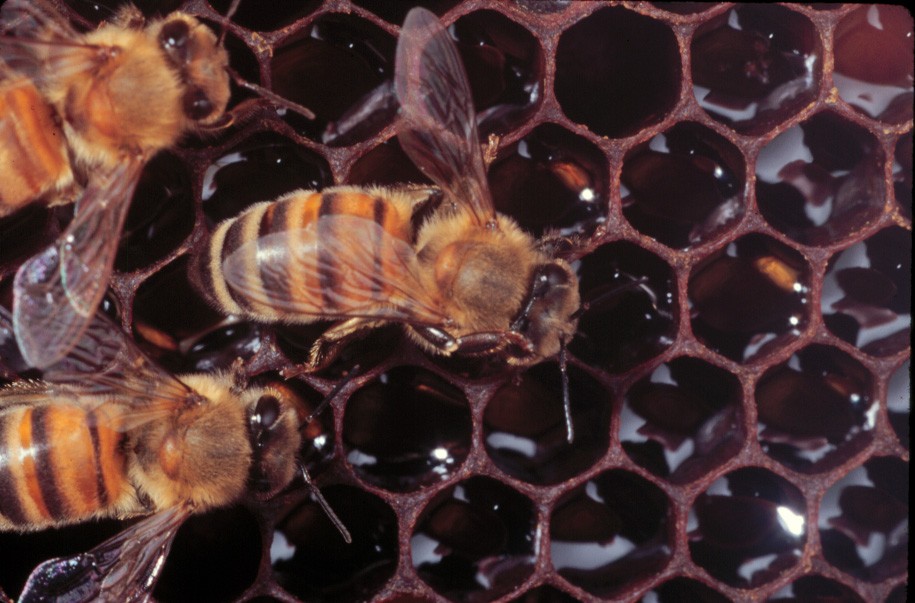 Worker bee grooming its thorax with the right middle leg

We tested the possibility that resistant bees may be better able to groom mites from their bodies. Bees of two stocks, one resistant and one susceptible to mites, were compared when we impaired their ability to groom themselves. Responses of both stocks were tested by removing the middle legs of uninfected, young adult bees, exposing the bees to mites in infested colonies, then retrieving the test bees and measuring parasitism.
In both stocks, bees with middle legs removed had greatly increased mite abundances. Most importantly, resistant bees with legs intact were much more efficient at removing mites than susceptible bees were. This is evidence of the importance of grooming as a mechanism of resistance. Mite infestation increased as more (0 vs. 1 vs. 2) middle legs were removed. In bees with only one leg removed, mite infestations were greater on the treated side. Restraining rather than removing middle legs also resulted in increased infestation. 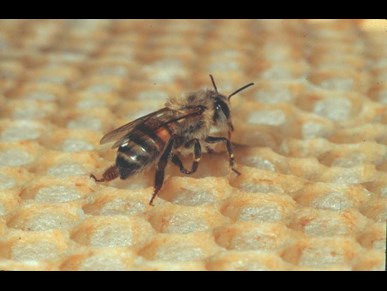 Experimental bee with middle legs restrained (glued together) under her body 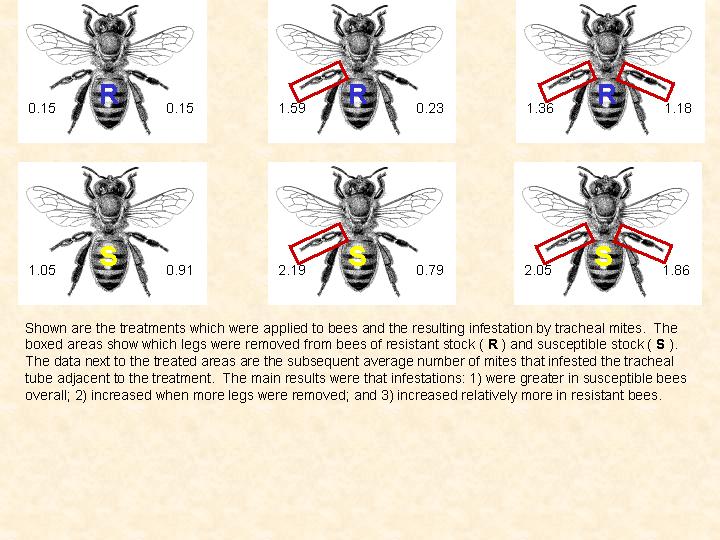 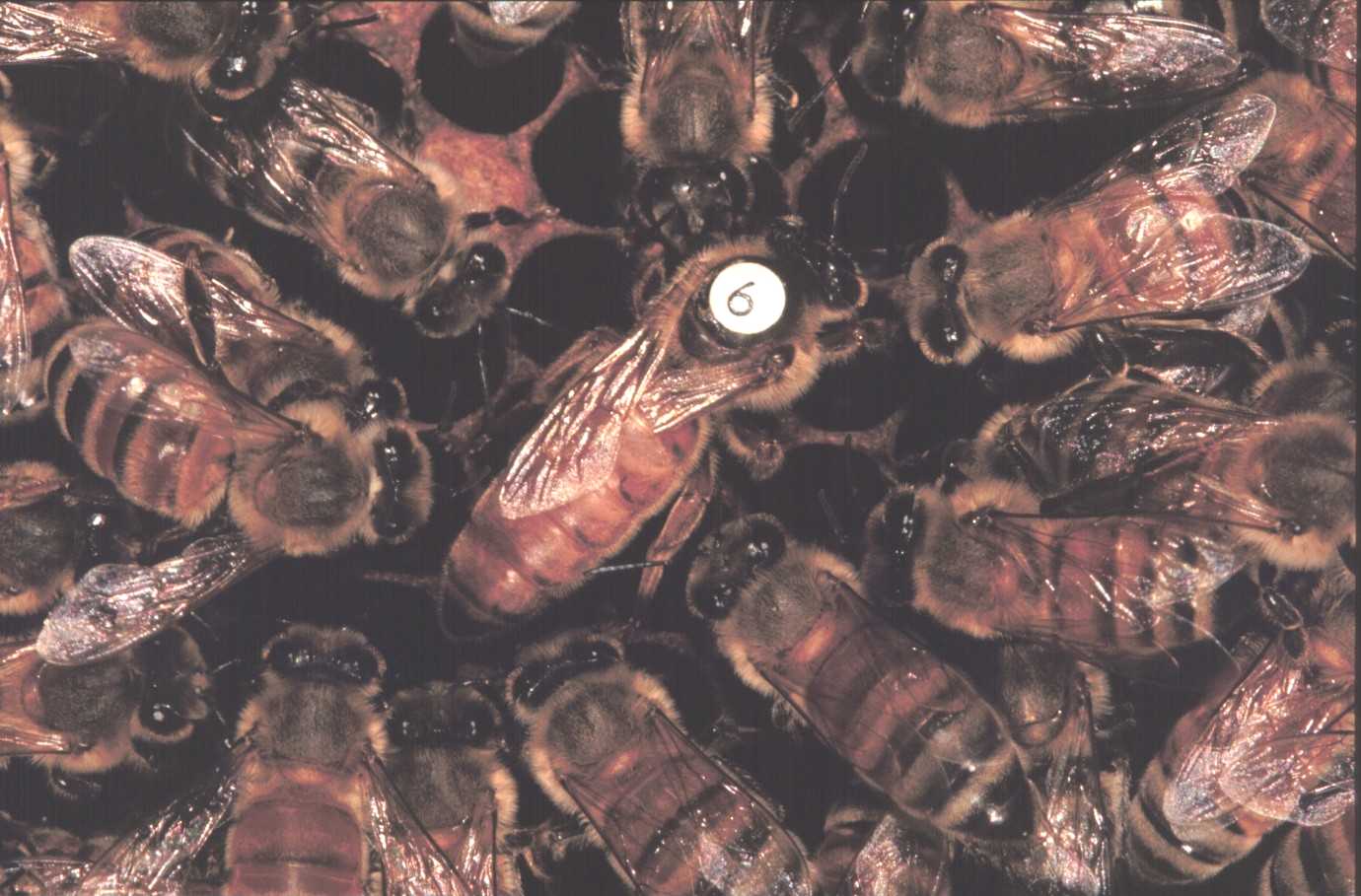 The results provide the first evidence of how some bees are able to avoid mite infestation. The findings are potentially useful to scientists and bee breeders trying to identify other resistant stocks and in selecting for the economically important trait of resistance.

Evidence of autogrooming as a mechanism of honey bee resistance to tracheal mite infestation. Journal of Apicultural Research 37: 39-46 (1998) by R. G. Danka and J. D. Villa.