As an Agricultural Engineer, I have done a wide range of projects involved safety, quality, and sensory evaluation of agricultural commodities, plant phenotyping and genotyping, and x-rays for food phytosanitation. My general interest is to apply spectroscopy, imaging, sensors, and x-rays in postharvest food quality and safety, and pest management. 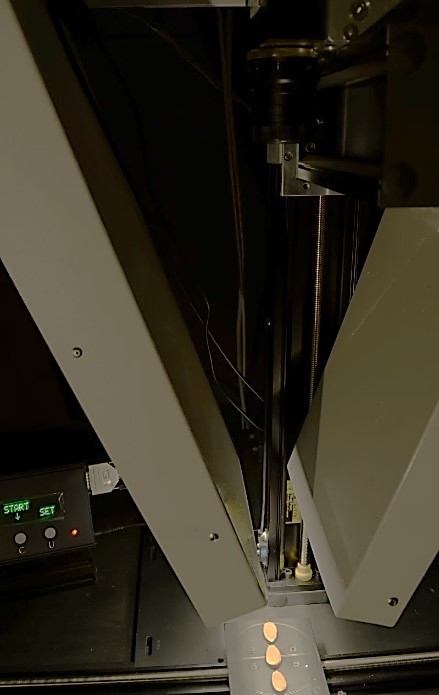 Aflatoxins are produced in nuts under certain conditions by the molds Aspergillus flavus. A. flavus is a common agricultural contaminant in warm regions across the Globe. Fungal contamination occurs both in pre- and post-harvest stages of cereals, nuts, cottonseeds and other agricultural commodities. Aflatoxins can cause hepatitis, liver cancer, and other health threats, including death, to both humans and animals. Average economic loss due to mycotoxin contamination is estimated at approximately one billion dollars (2011), with aflatoxins representing a large portion of this loss. Using near-infrared spectroscopy and hyperspectral imaging, we were able to detect aflatoxin contamination in almond kernels with less than 1% error rate. A hyperspectral system was also developed to improve the detection speed and throughput; with proper material handling, this system can potentially be adopted as an on-line sorter. 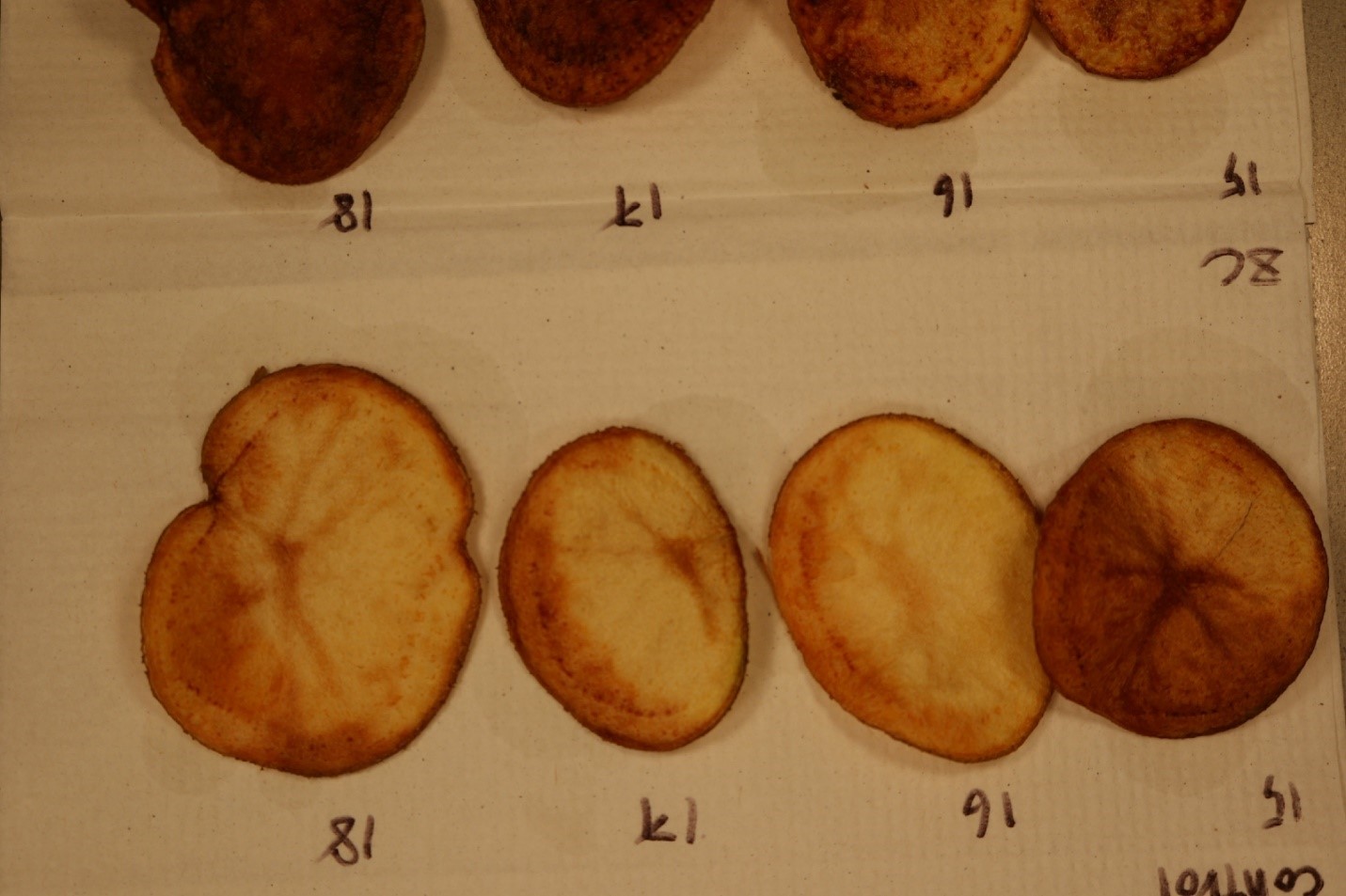 Zebra chip (ZC), a disease of potato (Solanum tuberosum L.), was first documented in Mexico in 1994 and has since spread across much of the United States, Central America, and New Zealand. In addition to decreased yield due to arrested growth and/or rapid plant death, below ground symptoms of ZC include collapsed stolons, necrotic flecking of internal tissues and streaking of the medullary ray tissues in tubers. These symptoms become more conspicuous with processing and frying, with the appearance of dark blotches and streaks which presumably inspired the name “zebra chip”. Although consuming diseased potatoes is not known to have an effect on human health, the visual and sensory effects on the tubers render the diseased potatoes unacceptable for the consumer market and result in significant economic losses. Rapid, non-destructive detection of infested tubers would benefit potato growers and processors by enabling improved management strategies and quality control of the processing stream, as well as researchers by increasing the speed of conducting relevant studies. Using NIR spectroscopy, we were able to detect the biochemical changes in diseased tubers nondestructively and within minutes. The developed statistical model can be applied in handheld NIR systems to speed up the detection and diagnosis of infected tubers. 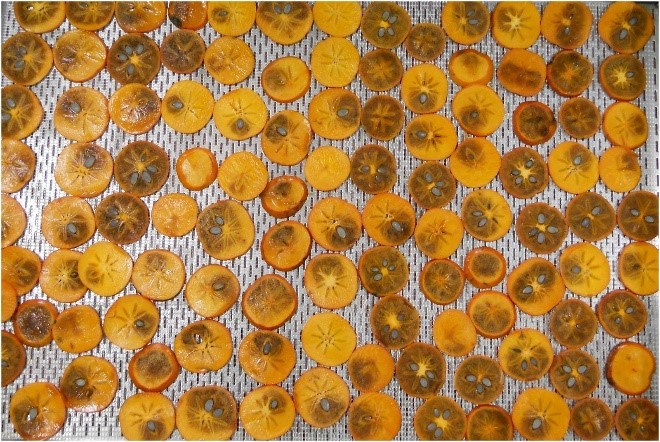 Pollination-variant persimmon (Diospyros kaki) fruit exhibits two distinct phenotypes based upon pollination status. Pollinated fruit are seeded and develop flesh that is brown in color, nonastringent, delectable in taste and highly desirable, whereas non-pollinated fruit retain unseeded orange-color flesh that is astringent and virtually unpalatable. Growers face the problem that both types of flesh may be present in the same persimmon fruit, and external skin color is uniformly orange, regardless of the extent of astringency. We’ve developed a calibration model to determine the astringency in persimmon fruits non-destructively using NIR spectroscopy.

We have developed a few versions of low energy x-ray irradiators for SIT programs. The irradiators were built to be safe, low-cost, high throughput, and provide uniform dose to insect pests in order to ensure high sterility and low mortality. Some natural compounds were also investigated to sensitize and/or protect insect pests to decrease required dose for sterilization (increase throughput) and/or to improve the fitness of sterile insects. 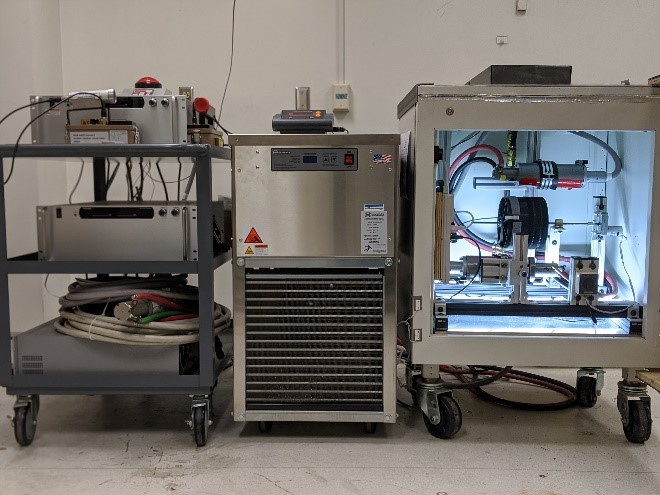 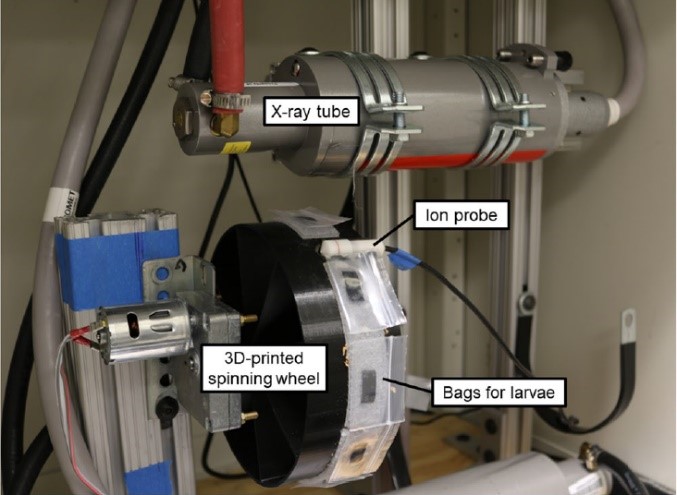