Lygodium microphyllum or Old World Climbing Fern is an aggressive invasive weed in southern Florida. The fern became naturalized in the 1960s and has since become widespread in wet and mesic environments. The weed degrades habitats both by smothering native vegetation and by acting as a fire ladder, facilitating the spread of fire into tree canopies that would not normally burn.

Conventional weed control methods, such as mechanical removal, or the use of herbicides, are expensive temporary solutions and are damaging to non-target plants. 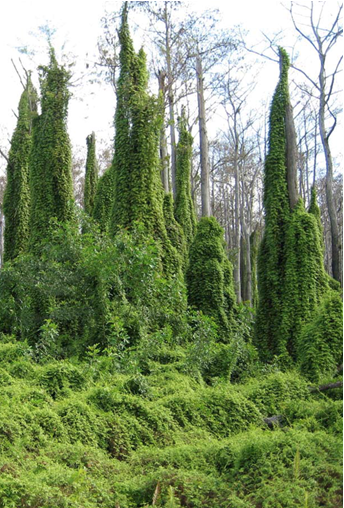