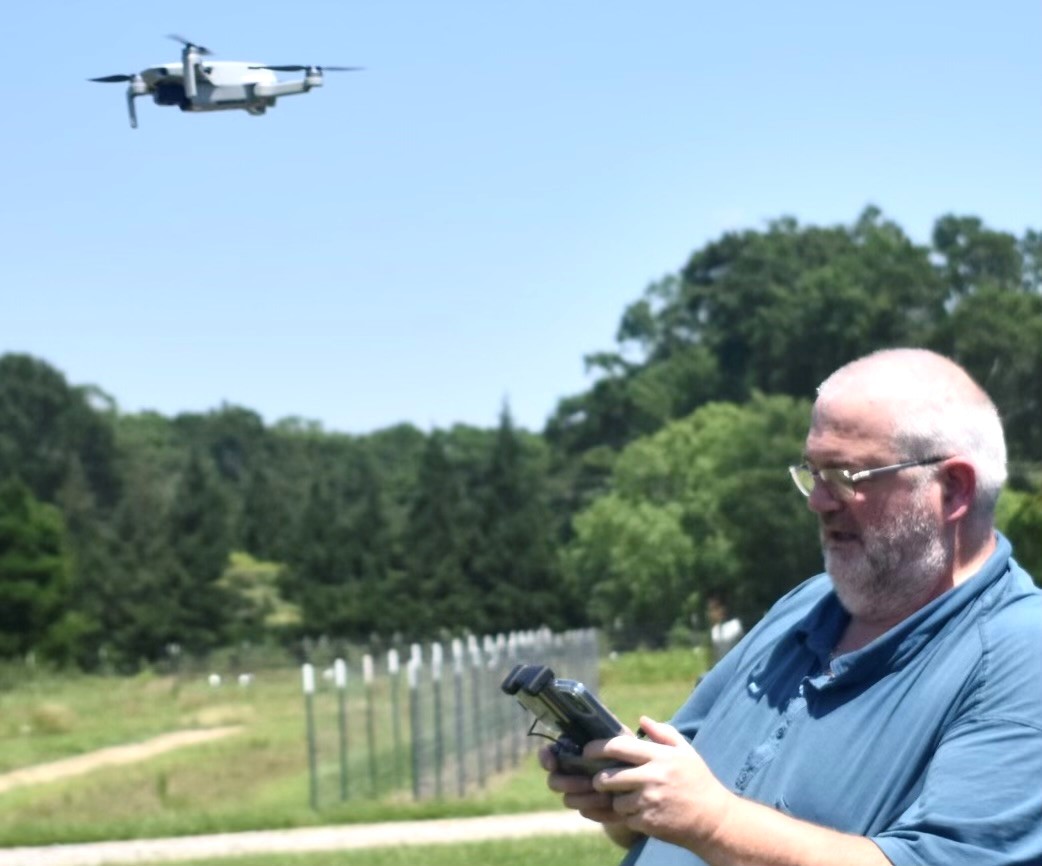 Dr. Blair Sampson, from his very early years, had an unrecognized passion for collecting and experimenting on insects. Blair would trap insects in jars, bring them down to his dad’s workshop, which served as Blair’s lab, where he would concoct all sorts of poisons that he made with one of his Christmas gifts, a chemistry set.  He would subject grasshoppers and spiders with the deadly brews. Who would have ever thought that 20 years later, he would land a job as a USDA-ARS entomologist and get paid doing what he did as a kid, but now with the admirable goal of helping farmers.

Blair was born in the seaside town of Glace Bay, Nova Scotia, attended public school in nearby Sydney and would go on to study biology at Acadia University in Wolfville, NS, Canada. He intended to be a marine biologist working for Natural Sea and the fishing fleet. Unfortunately, cod stocks collapsed in the early 1990s in eastern Canada. An indefinite fishing moratorium left Blair without a clear path. But his first research job involved working with a bee scientist from York University in Toronto. An opportunity, which would change his destiny. Blair became fascinated with bees, learned all he could, and eventually took a graduate assistant position to become a PhD candidate at Auburn University to work on native bee ecology with the renowned bee ecologist, Dr. James H. Cane, a retired USDA-ARS entomologist from the Logan Bee Laboratory in Utah.

While studying at Auburn, Blair attended a blueberry meeting in Orono, ME, where he befriended scientists from the USDA-ARS Small Fruit Research Station in Poplarville MS, now the USDA-ARS Southern Horticultural Research Laboratory. Unbeknownst to Blair at the time, the station was looking to hire their first entomologist, Blair applied, interviewed at the ASHS meeting in Little Rock AR, and was hired. In June of 1998, he reported for duty and has worked for 23 years helping improve berry farmers’ yields by enhancing crop pollination with bees and plant growth regulators, aiding in the control of key berry and ornamental pests including, blueberry gall midge, ambrosia beetles, spotted-wing-drosophila, and flower thrips. Blair has also cooperated with scientists from Pakistan, Saudi Arabia, Turkey, Canada, China, and Mexico to evaluate and develop new biopesticides and crop protectants for use on horticultural crops.

Blair’s newest interest is the deployment of drones to scout for nesting sites of native bee pollinators as well as developing methods for managing ground- and stem-nesting bees for pollinating small fruits.