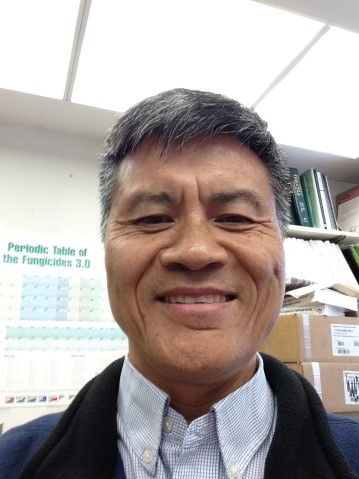 Research at a Glance 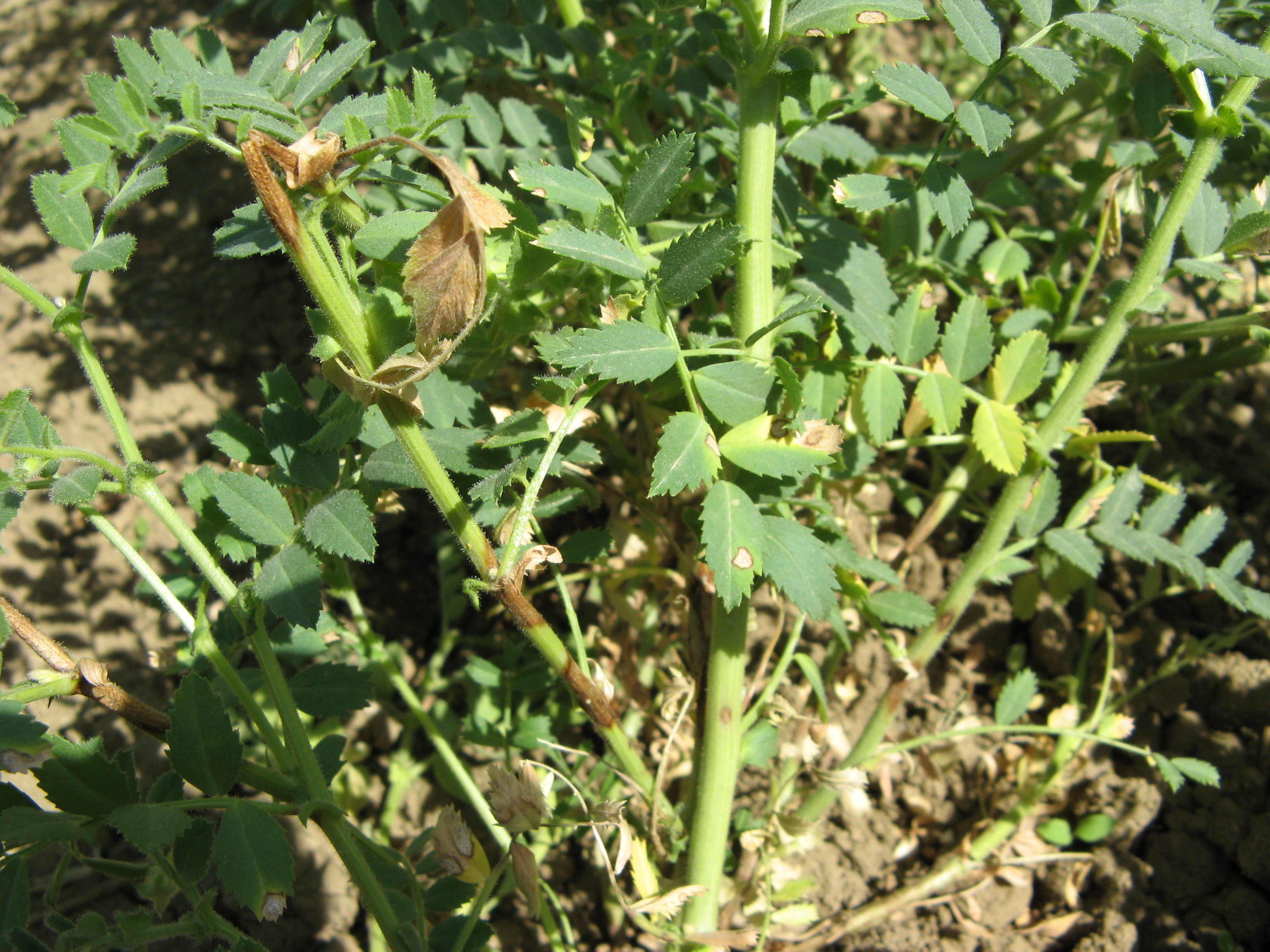 Ascochyta blight caused by the fungal pathogen Ascochyta rabiei is a devastating disease of chickpea.  Our research has been searching for management solutions of this disease by identifying resistance sources, testing effective fungicides and investigating pathogenic mechanisms.  The pathogen produces toxin solanapyrones and the toxins were thought to be important to disease development. In one study of ours recently published in Molecular Plant-Microbe Interactions, we generated mutants of Ascochyta that could not produce the toxn anymore. The mutants caused disease on chickpea just as well as the original isolate of the pathogen that was able to produce the toxins, demonstrating that the solanapyrone toxins are not required for pathogenicity. These toxins must play other important roles in the pathogen ecology. 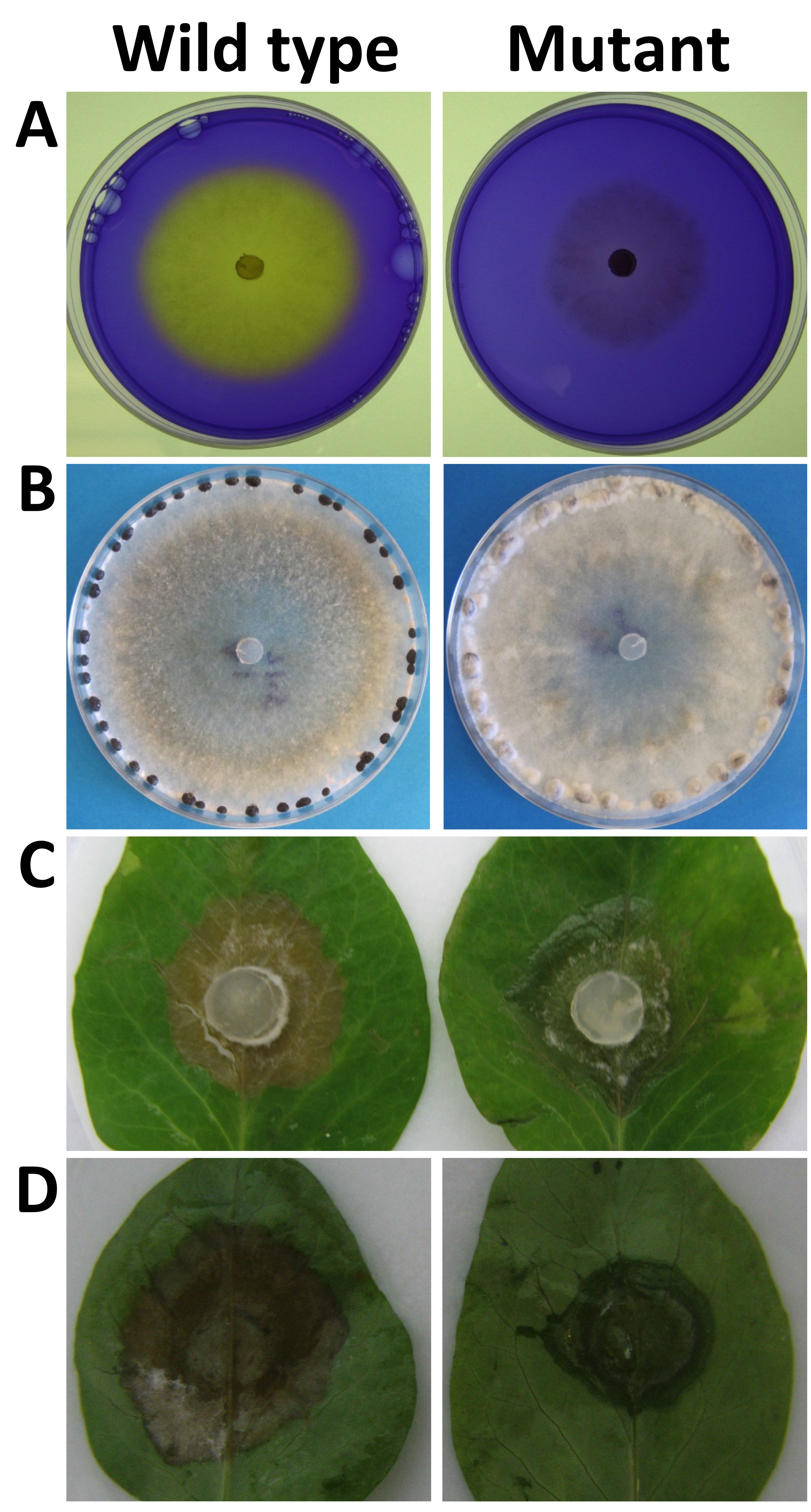 Sclerotinia sclerotiorum is truly a destructive plant pathogen, causing 'white mold' disease throughout the world on over 400 different plant species. The ability of this pathogen to cause disease has historically been attributed to its production of oxalic acid. We made 'knock-out' mutants of Sclerotinia that lost the ability to produce oxalic acid (see panel A, no change in the pH-indicating medium). The mutants also produced functional sclerotia, which are long-term survival structures (B), and remained pathogenic on pea leaves (C and D).  As recently published in Environmental Microbiology, it turned out that disease development depends on low pH, not on oxalic acid per se.   Plant tissues differ in pH and the ability of the oxalic acid deficient mutants to cause disease varied depending on the pH of the plant tissue.