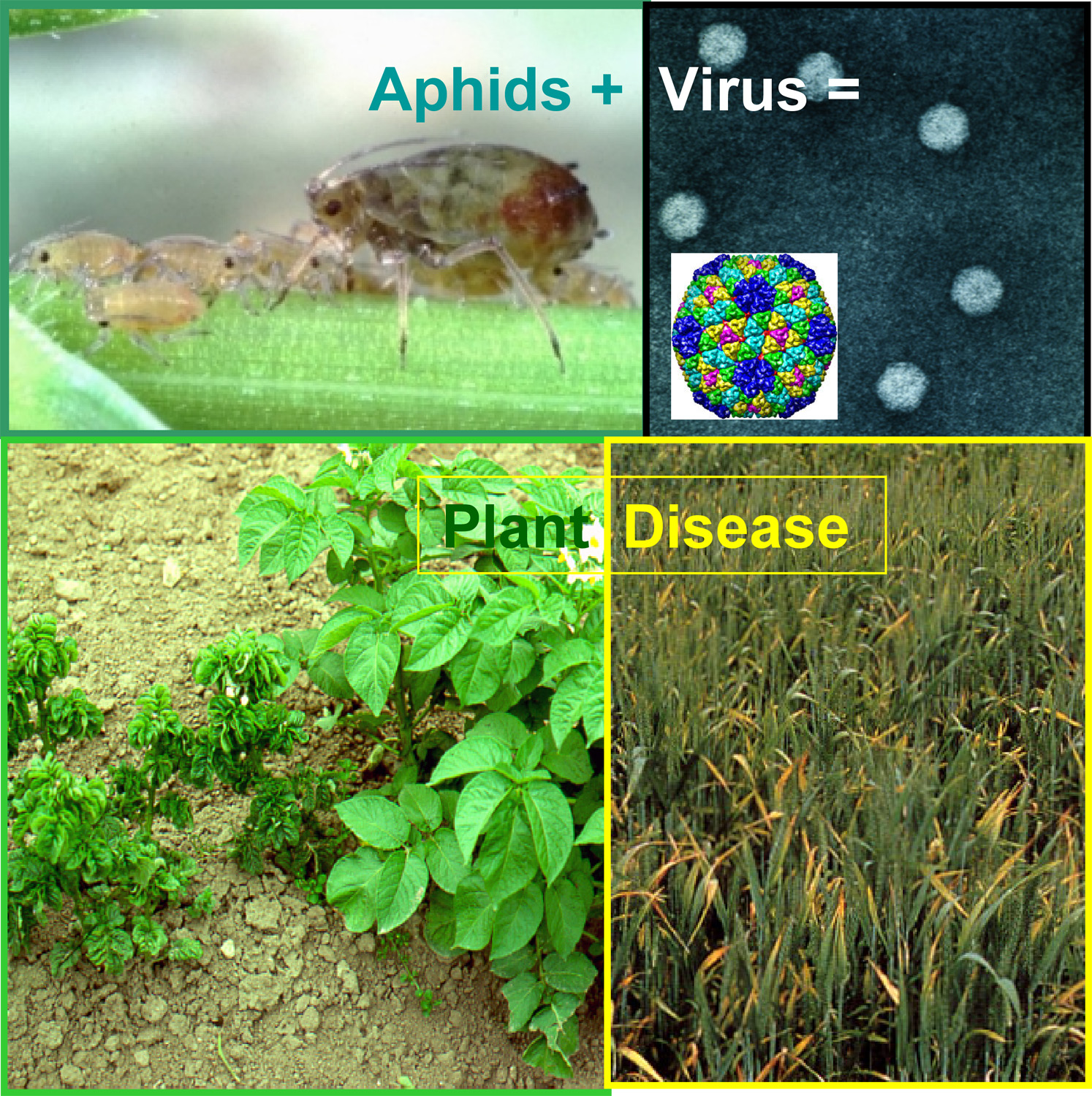 My research program focuses on understanding the relationships between plant viruses and their insect vectors. Specifically we work on luteoviruses and their aphid vectors. Research projects range from the mechanisms of aphid-virus interactions to epidemiology and disease management strategies. The luteoviruses are vectored specifically by different species of aphids. One research thrust is to understand the cellular and molecular mechanisms that determine the vector specific transmission. A working hypothesis is that virus-vector specificity involves an interaction between viral capsid proteins and membrane receptors on the aphid hindgut and salivary gland. Biochemical and genetic approaches are being used to identify and map domains of the two luteovirus capsid proteins that are involved in the transmission process. The laboratory is also studying what the aphid is contributing to the virus transmission process. Several genetic variants within the aphid, Schizaphis graminum, were identified that differ in their ability to transmit one or more strains of barley yellow dwarf virus. Sexual forms of the aphid genotypes were mated to generate aphid populations that can be used in genetic mapping studies. These segregating populations coupled with a genomic and proteomic studies are allowing us to identify aphid genes and gene products that interact with virus proteins during the transmission process.
The other major research project the laboratory investigates the re-emergence of Potato Virus Y as an economic and production problem for U.S. potatoes. New strains of the virus have become established and genetic recombination among strains gives rise to additional strains, some of which cause a new disease known as Potato Tuber Necrotic Ringspot Disease. We are coordinating a national effort to identify the prevalence and distribution of the new virus strains. Additional research is focused on identifying if the new isolates are spreading rapidly due to an increased ability to infect a higher proportion of daughter tubers or if they are more efficiently transmitted by aphid vectors. This information can be used to develop improved disease management plans.