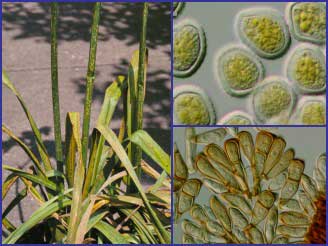 Daylilies are among the most valuable perennial horticultural crop in the United States. Recently daylilies infected with a rust fungus were spread throughout the country. At first the identity of this rust was confused. Using both microscopic and DNA characters, scientists at the Systematic Botany and Mycology Laboratory identified the daylily rust as a species commonly found in Asia. Based on this research, strains of daylilies can be bred that are resistant to this rust fungus.

...From the pages of Agricultural Research magazine
Daylilies Under Attack