We originally became interested in the gene encoding the heat shock protein Hsp90 when studying genes involved in developmental arrest in the free-living nematode, Caenorhabditis elegans. Due to its relatively conserved sequence, Hsp90 has also been used as a phylogenetic marker in a wide range of organisms. Since there is great need for additional genes for strengthening nematode phylogeny, we sought to determine the usefulness of Hsp90 for this purpose.

Cycling is a modified "step-down" PCR; instead of stepping down between cycles, there is a step down within each cycle. 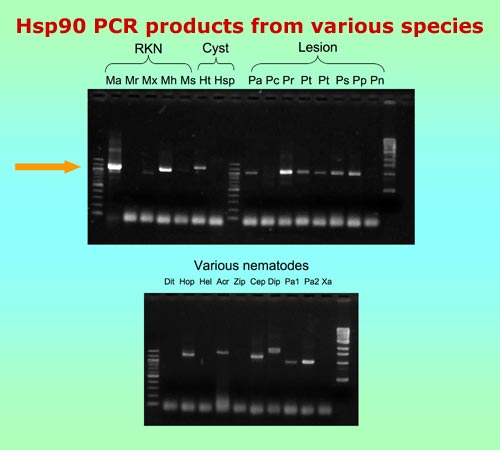