The two main types (or subspecies) of rice grown in the world are Indica and Japonica, with the Japonica type being grown in the United States. In order to separate traits of interest, rice geneticists develop "mapping populations" between two or more rice varieties that differ for the trait(s) being investigated.  Mapping populations contain the progeny, in other words, off-spring or children from combining these two varieties. (Think of it as marrying a very tall person with a very short person.  If they had 200 children, how would they be different?)  Traits being studied are yield, resistance to rice diseases and seedling cold tolerance.  In the past, most mapping populations were developed between the Indica and Japonica types of rice. We developed four mapping populations between Japonica rice varieties selected from the previously established Rice Diversity Panel 1.  Photos of the three populations grown in the field are shown here.  The Estrela x NSF-TV199 population is currently being evaluated for grain yield enhancing traits. (Click here for more information on the Rice Diversity Panel 1.) 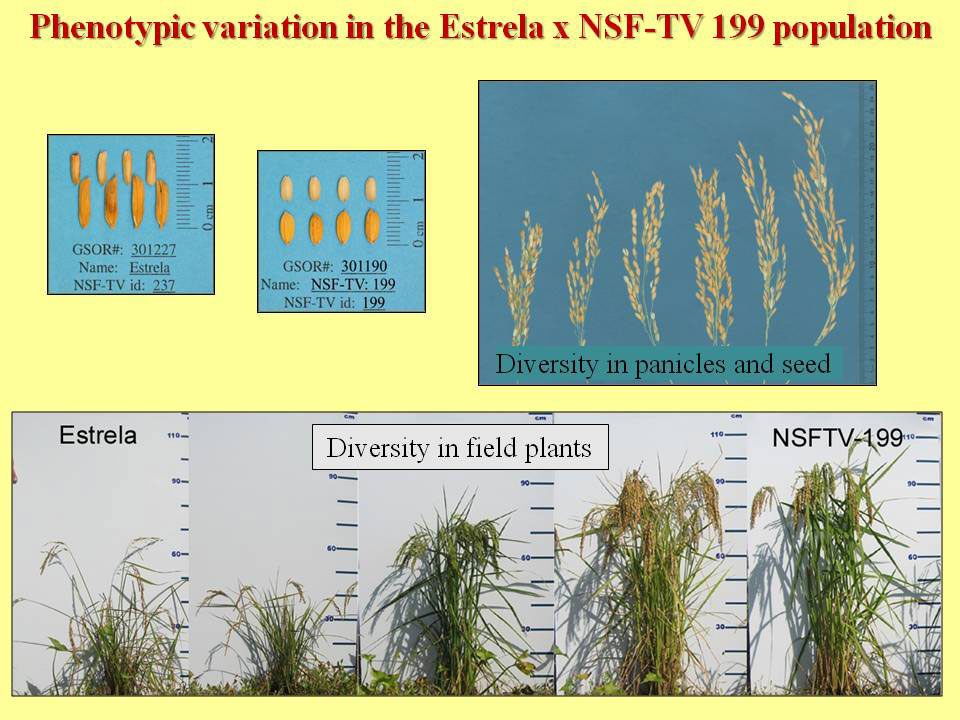 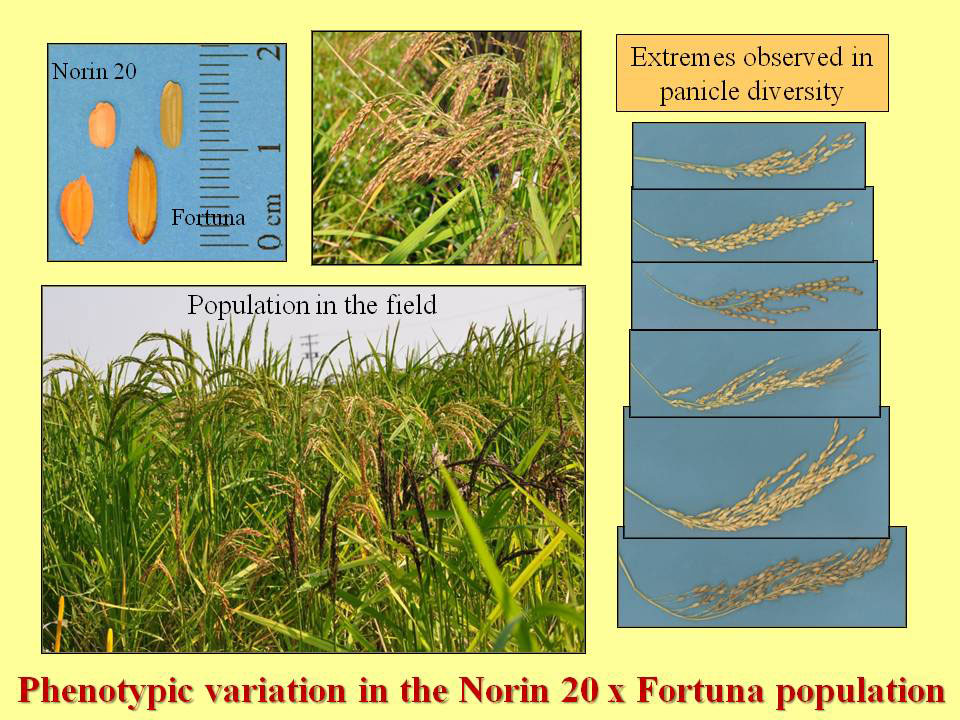 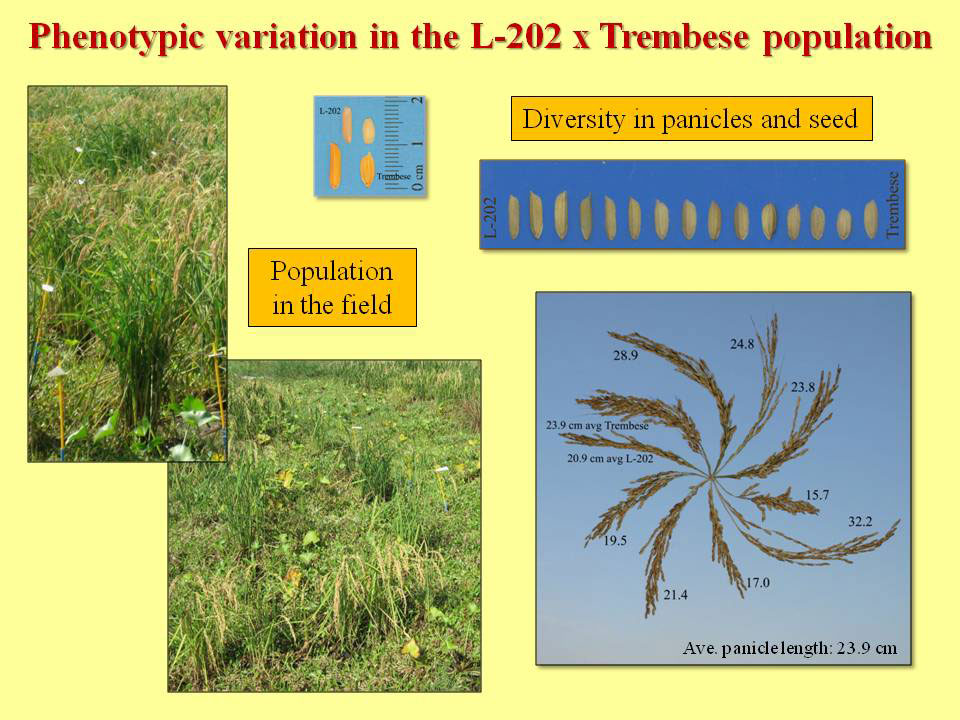