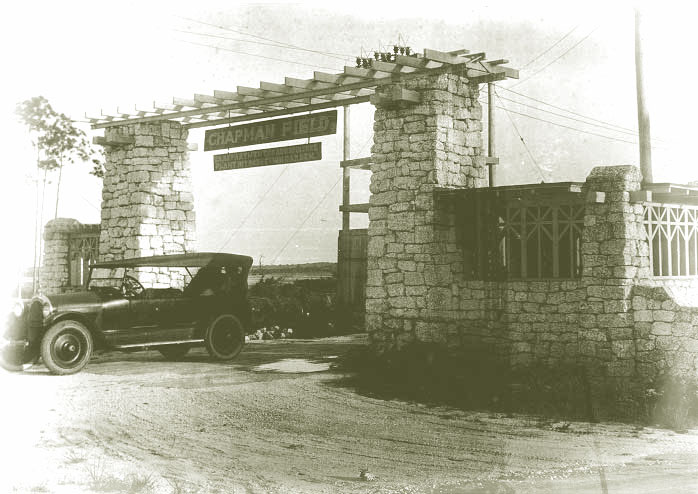 The station was started, as a plant introduction garden, in downtown , on six acres near , in 1898. After an interim move in 1914 to the Charles Deering, Buena Vista Estate, the station's activities were permanently established in 1923 on the present 200 acre site. This location, the site of Chapman Field during World War I, is 12 miles south of the original 1898 station. The station was located here through the efforts of Dr. David Fairchild specifically for the introduction of tropical plants into the With the formation of the National Plant Germplasm System (NPGS) in 1980, the mission was modified from plant introduction to conservation of valuable genetic stocks known as germplasm. The National Germplasm Repository located on the Subtropical Horticulture Research Station is one of seventeen  repositories in the NPGS.

As new fruits were produced in south from the plant introductions, problems with the market quality of the fruit developed. A Market Quality research component was added to the SHRS in 1956 and consists of scientists who have and are continuing to work on problems associated with maintaining consistently high quality fruit on the grocery store shelves.

With the enlarged awareness of tropical fruit crops, demand increased and sources of production outside of the were located. The importation of mango and other fruits posed potential problems to agriculture because of the high risk of pests being imported with the commodity. In response to this, in 1968 a Commodity Treatment research group was added to the SHRS. This group has developed quarantine treatments to ensure that pests are not transported with the desired product.

In addition, in 1998 the Everglades Agricultural Hydrology Research Unit was added.

These research groups all contribute to the success of the SHRS.