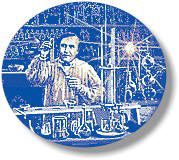 USDA/ARS Mosquito and Fly Unit research plays an important role in insect control efforts and has resulted in new and improved management technologies for blood-sucking insects that transmit native and exotic disease agents (such as those that cause West Nile fever, dengue, and malaria) to humans and animals worldwide.

The Mosquito and Fly Unit's mission-based research activities involve
1) the development of insect trapping systems, 2) biologically based control technology, and 3) host protection methods for use against biting and filth-inhabiting arthropods of medical and veterinary importance as follows:

Trapping systems for surveillance and control of mosquito and other arthropod vectors.


New and improved trapping systems are needed to determine the presence and abundance of vector species, to facilitate the diagnosis of arthropod-borne disease agents, and to enable rapid-response control and targeted surveillance of mosquito and fly vectors. Our research in this area is focused on he development of

Biologically based control technology for blood-sucking and filth-inhabiting insects.

Americans use millions of pounds of formulated pesticides annually to protect animals and humans from mosquitoes and other biting flies. Within the next decade this use of pesticides will be seriously constrained by societal issues, legal, and economic factors. Alternative control technology is needed to augment/replace conventional insecticides for local, rapid-response insect eradication and for long-term containment and/or control of pest and vector species. Unit research in this area comprises the development of

Repellents and host protection methods for humans and animals

The insect repellent DEET is used by humans more than 200 million times annually. Permethrin treated fabric is used in a multitude of military, homeowner, and recreational products to prevent attack by blood sucking insects, ticks, and mites. Unfortunately, numerous efficacy, safety, and legal issues threaten the future availability of these personal protectants. New host protection methods are needed to prevent attack on humans and animals by mosquitoes and other undiscovered blood sucking arthropods. Unit research priorities in this area include