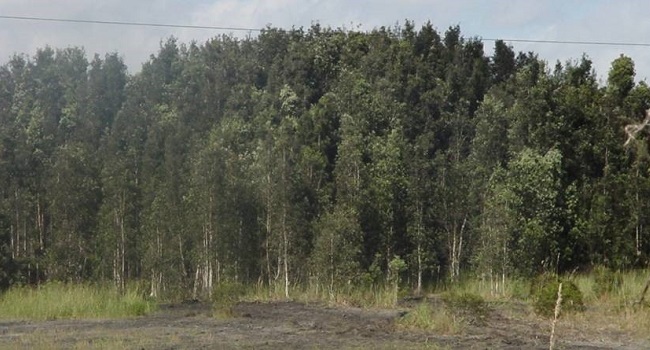 Melaleuca quinquenervia (melaleuca) is an invasive, exotic tree native to Australia that has proliferated in Florida for approximately 100 years and now occupies more than 400,000 acres of wetland, litoral and, to a lesser degree, agricultural, systems in the state. Melaleuca is competitively superior to most, if not all, native plants and rangeland grasses, with infestations resulting in degradation of native wildlife habitats and waterways, including portions of the Everglades National Park, and of the limited grazing lands in South Florida.

Economists and ecologists estimate the value of services provided by those wetlands invaded by melaleuca to be worth $14,785 per hectare per year.  Assuming minimal losses of only 1% of these services arising from current melaleuca infestations, the lost value would total nearly $30 million per year.  Melaleuca continues to invade new areas causing accelerated degradation of wetlands. The South Florida Water Management District alone spent nearly $22 million to control this tree from 1991 through 2001. In addition, melaleuca threatens the biodiversity of Florida's Everglades which, because it is so unique, has been designated a World Heritage ecosystem by UNESCO, an International Biosphere Reserve, and is on the RAMSAR list of wetland sites of international importance. Effective and long-term management of this invasive tree is obviously very important for the economy and ecology of the state.

To date, three biological control agents were developed and released on melaleuca; all are now established and widespread throughout the melaleuca range in Florida.

Attack by these agents has had the following impacts on this weedy tree: