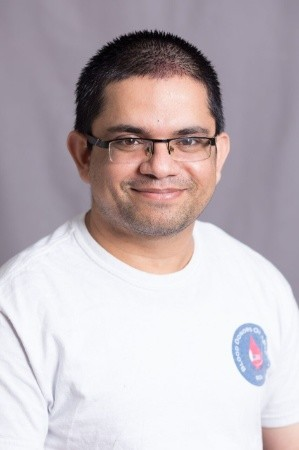 Mohan graduated with a Bachelor in Veterinary Science and Animal Husbandry from Institute of Agriculture and Animal Science, Chitwan, Nepal in 2010. After completion of his bachelor’s degree, he worked in a non-government organization for rabies control until April 2012 and then came to the U.S. He completed his Master’s degree from the University of Arkansas Animal Science Department with a research focus on ruminant nutrition and parasitology in 2014. He got his PhD from the same university in 2017; in which, he focused on development of optimal semen extenders, storage temperatures, and artificial insemination in sheep. He was co-advised by Dr. Joan Burke. Mohan also worked on other projects that involved testing endocrine markers to correlate reproductive performance in small and large ruminants.

After completion of his PhD, Mohan worked as a post-doctoral researcher at USDA ARS in Fayetteville until July, 2019. This two year duration provided an opportunity for planning, conducting experiments to identify and understand the mode of action of “antibiotic alternatives” in poultry production utilizing both in vivo and in vitro techniques such as but not limited to, biochemical and “omic” technologies. Currently, Mohan is working with Dr. Joan Burke with a research focus on finding factors limiting off season breeding in ewes. For this, he will be collaborating with scientists in the Animal Science department at the University of Arkansas.