Hygienic behavior contributes to the overall disease resistance of honey bee colonies. It is the detection and removal of diseased or mite-infested brood from a colony. This study evaluated the hygienic behavior of domestic and ARS Primorsky honey bees. The Primorsky honey bees are found to be more hygienic than the domestic colonies. This observation suggests that the overall disease and pest resistance of Primorsky bees is quite good. The use of Primorsky bees will enhance the profitability of commercial beekeeping by reducing disease control costs.

The removal rate of colonies was determined by using liquid nitrogen, and freezing a 3-inch diameter circular section of capped worker brood enclosing approximately 300 cells. Using a digital camera, test sections were photographed before liquid nitrogen was poured. Test sections were also mapped on plastic sheets to facilitate identifying them.  Brood frames with the frozen sections were returned and placed in the center of the brood nest of their respective colonies for 48 hours.  After removal from the colony the test sections were photographed again.  The before and after freezing photographs were compared and the capped and uncapped cells counted.  The number and percentage of cells that were subject to complete hygienic behavior were then calculated. 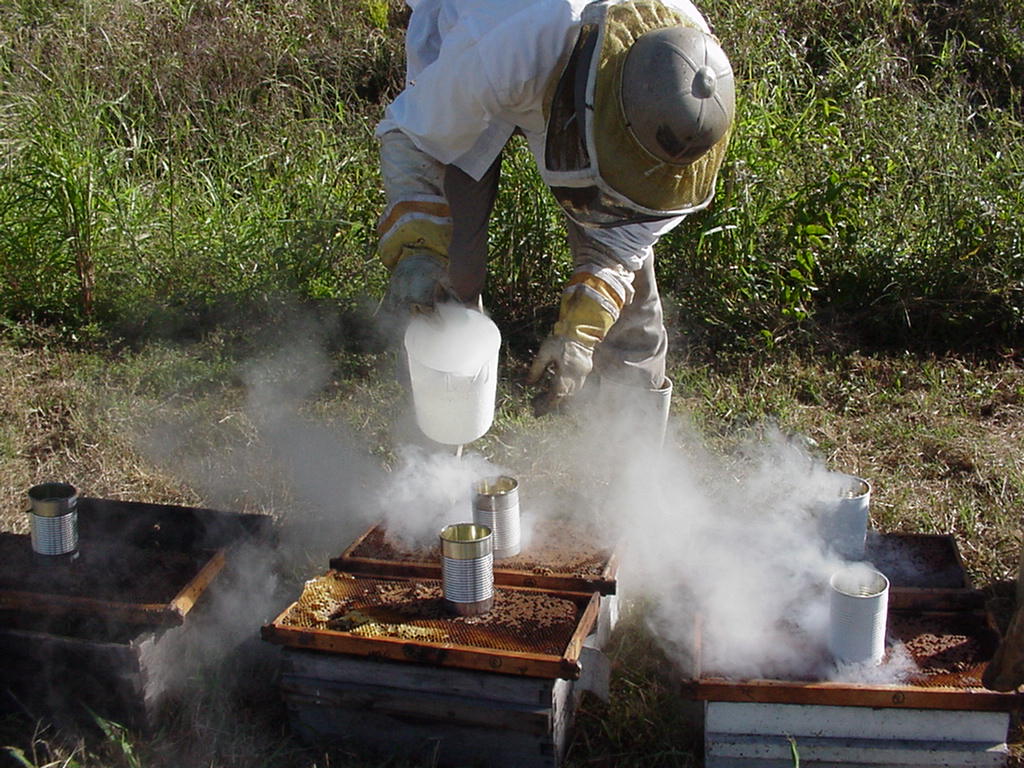 Liquid Nitrogen is being poured into cylinders (cans with both ends cut out) placed over the selected capped worker brood. 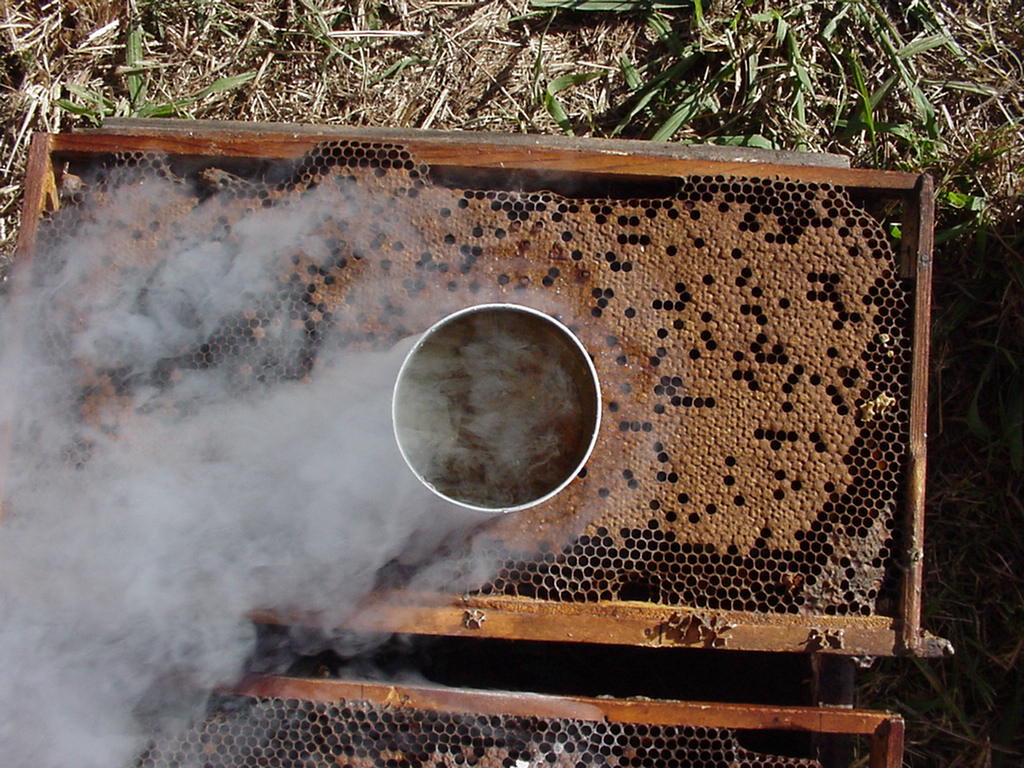 A close up shows the cylinder while the liquid nitrogen evaporates.

Results from two assays showed that Primorsky honey bees consistently removed more dead brood than the domestic colonies.  For both assays, 41% of the Primorsky honey bee colonies  tested were considered hygienic (> 95% dead bee removal).  Only 21% of the domestic colonies showed the hygienic trait.  No correlation between removal rate and adult bee population was observed. 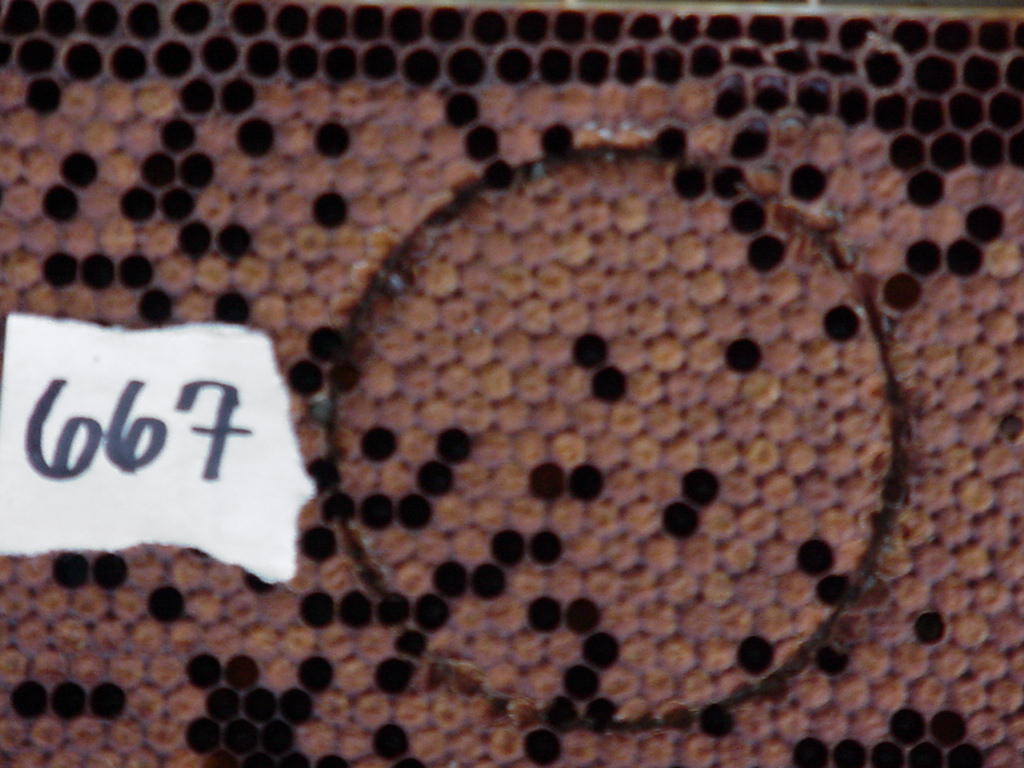 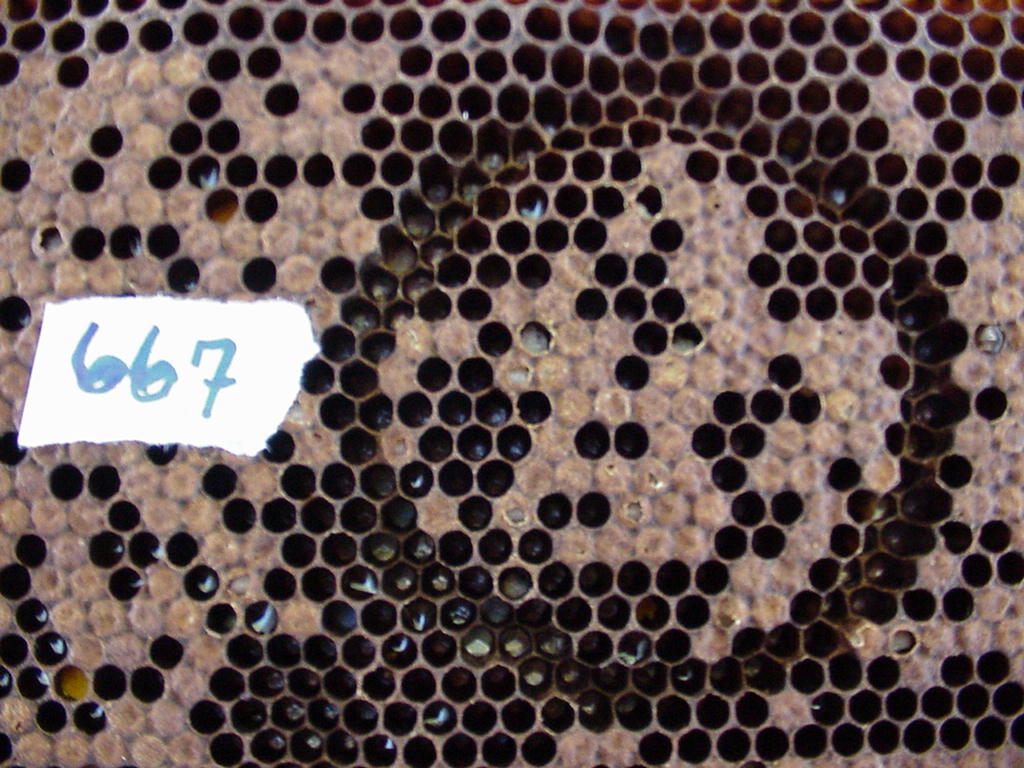 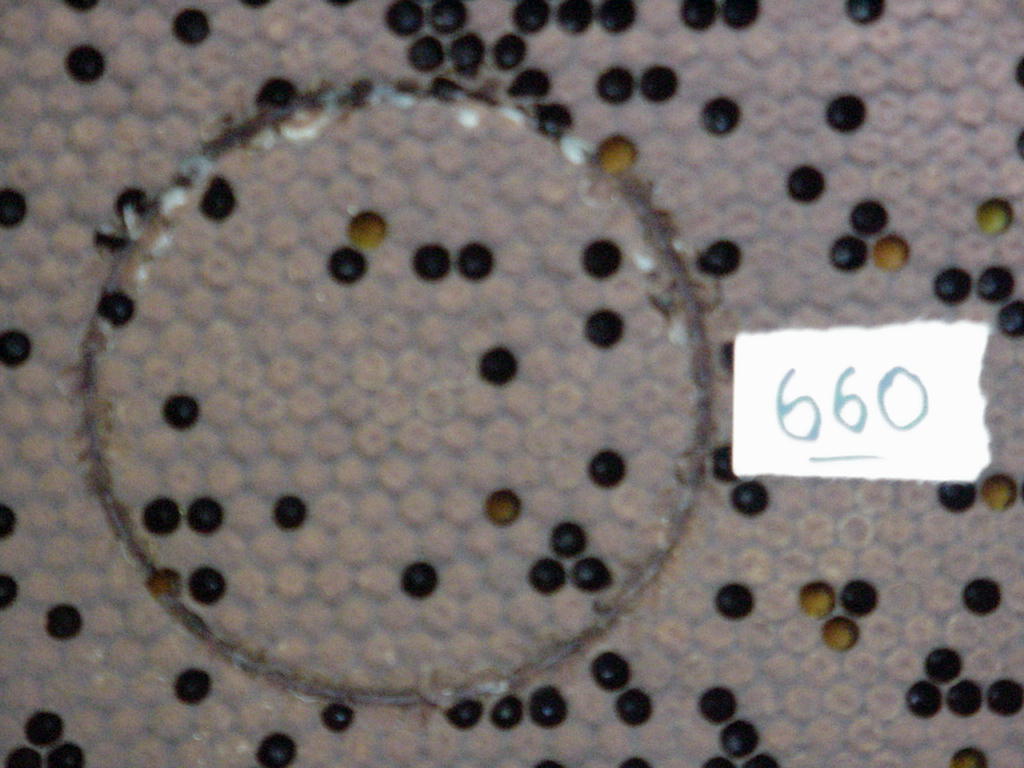 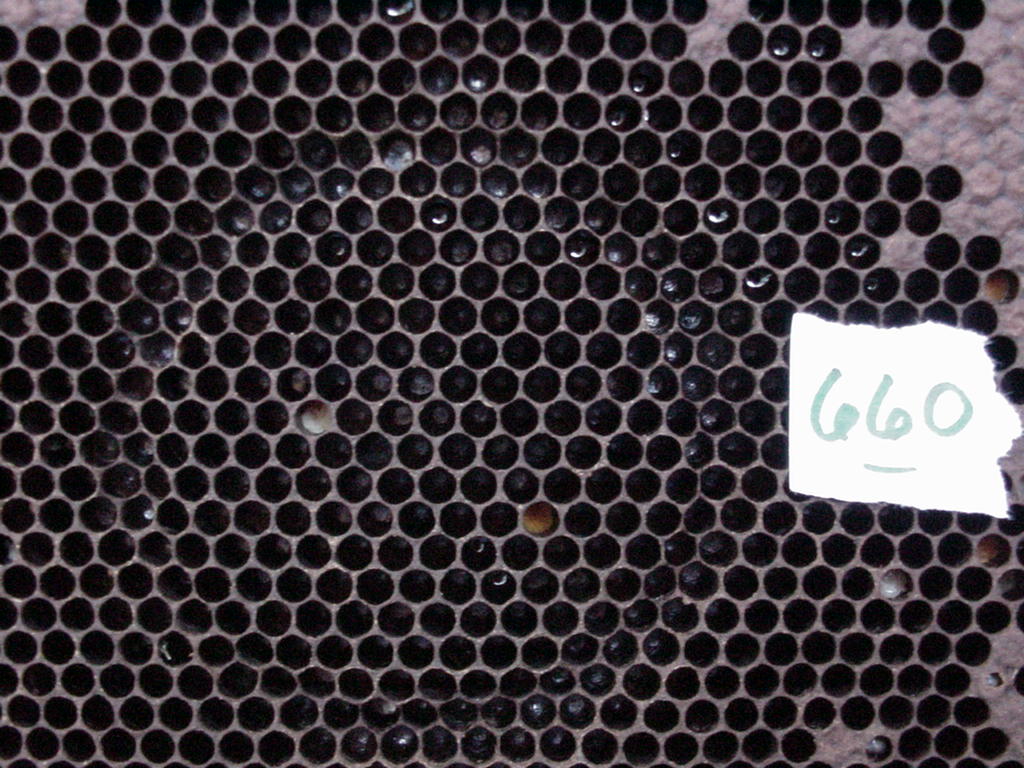