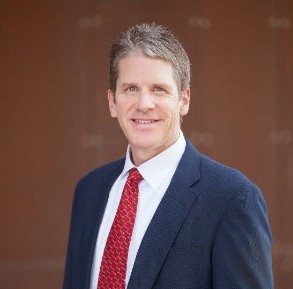 Dr. Dyer joined the ARS in 1996 as a Research Chemist working at the Southern Regional Research Center (SRRC) in New Orleans, Louisiana. He received a BA in Chemistry from Louisiana Tech University, PhD in Biochemistry from Louisiana State University, and post-doctoral training in cell biology at UT Southwestern Medical Center in Dallas. At SRRC, he developed a research program focused on the bioconversion of low-cost oils into value-added industrial oils. He discovered numerous genes and molecular mechanisms that enabled production of high-value oils in engineered microbes and plants. In 2007, he joined the ARS lab in Maricopa, Arizona, where he expanded research to include development of approaches for dramatically increasing oil content in biofuel crop plants. In 2014, he became Research Leader, leading a multidisciplinary team in development of methods for field-based, high-throughput phenotyping of crop plants.

Dr. Dyer is internationally recognized for his work in production of industrially important oils and biofuels in plants, providing numerous lectures, organizing international scientific symposia, and serving on advisory boards for domestic and international institutions. He served as Co-Lead for an international consortium of scientists and policy makers focused on production of industrial lubricants in plants. He was PI or Co-PI on competitive grants totaling $17.5M, published over 130 research articles (>90 peer-reviewed), and served as an editor for Biotechnology for Biofuels. In 2019 he was accepted into the Senior Executive Service Candidate Development Program, which included a 10-month detail working with REE Deputy Under Secretary Scott Hutchins as the U.S. Ag Innovation Strategy Coordinator. In September 2020, he joined the Pacific West Area Office as Associate Director, where he provides administrative oversight and support for project execution in an 8-state area. John and his wife have been married for over 30 years, have two college-aged girls, and love spending time together with family, traveling, and seeing the world.