The design phase of the Advanced Genetics Laboratory Addition to the National Small Grains Germplasm Research Facility at Aberdeen, ID is currently underway.

New greenhouse construction is underway at Aberdeen.  Completion of the project is expected in early 2005 and the new facility will enhance our research in potato disease resistance and barley and oat genetics.  Phil Bregitzer, Jonathan Whitworth, and John Rutger served as the design team for the new greenhouse. 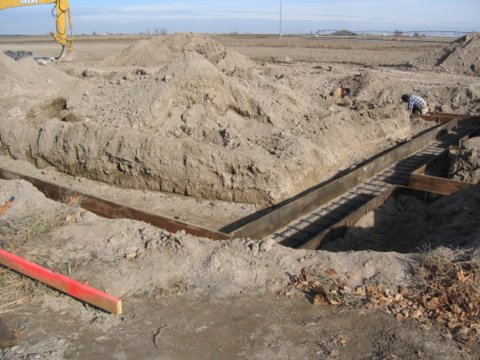 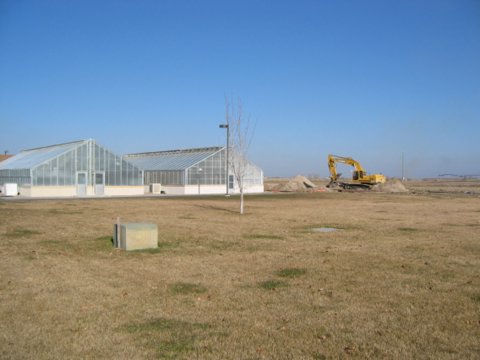 Ken Overturf has been named the outstanding early career scientist from the USDA-ARS Pacific West Area for 2004.  Congratulations Ken. 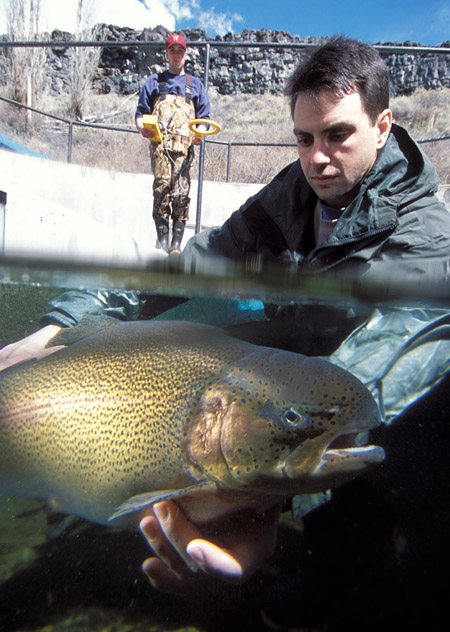 Dr. Pangirayi Tongoona of the African Center for Crop Improvement, University of KwaZulu-Natal in South Africa, visited the laboratory of Dr. Victor Raboy, Aberdeen Idaho, during the week of Dec. 6th through 10th. Dr. Tongoona is working with Dr. Raboy in the development of Low Phytate maize hybrids that are adapted for production in the semi-tropical to tropical environements of southern Africa. This project is supported in part by the USDA's Foreign Agricultural Service. Consumption of Low Phytate maize might prove useful in improving iron, zinc and calcium nutrition in African communities that rely on maize as their most important food. 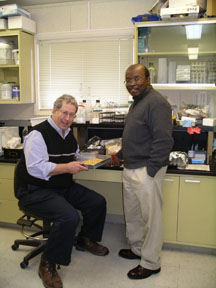 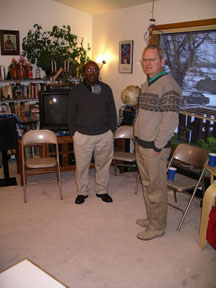 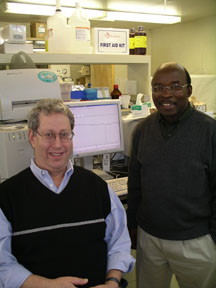 Russian scientists visit ARS-Aberdeen.  Dr. Harold Bockelman meets with Dr. Elizaveta Kovalenko (right) and Dr. Inna Lapochkina (left) assisted by interpreter Larissa Kulinich to develop a research proposal entitled "Creation of wheat germplasm resistant to several harmful pathogens".  The proposal will be submitted to the USDA-ARS Former Soviet Union Scientific Cooperation Program.  Dr. Kovalenko is Head of the Department of Mycology and Immunity at the Russian Academy of Agricultural Sciences All-Russian Research Institute of Phytopathology and Dr. Lapochkina is an expert in genetics and cytology at the Agricultural Research Institute of Central Regioins of Non-Chernozem Zone.  The proposed project will enhance the research capacity of both the Russian cooperators and ARS-Aberdeen. 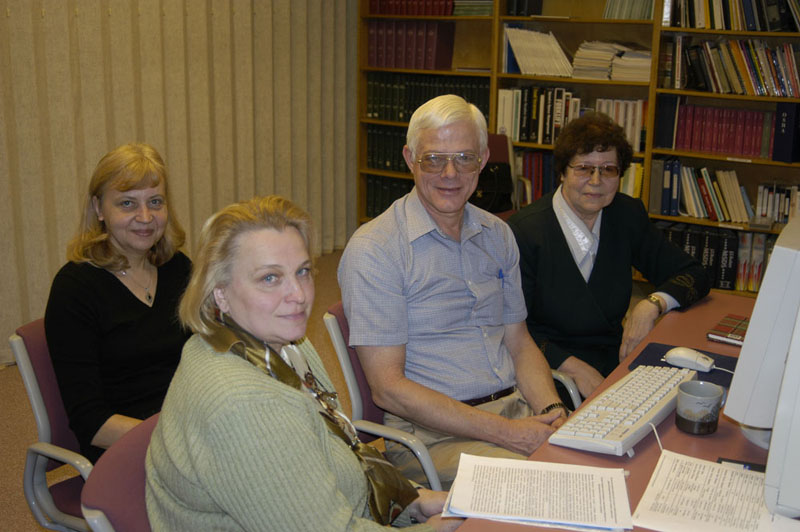 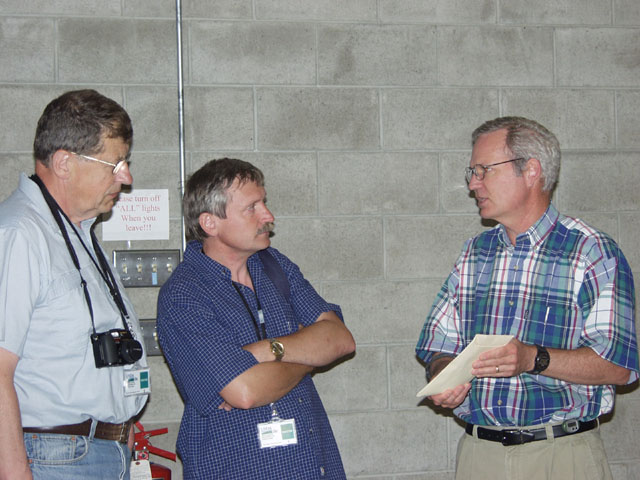 Potato breeding clones selected in 2003 as first field generation material are re-evaluated as 12 hill plots in 2004 (a hill = one plant of that clone).  Entries saved have the proper agronomic traits suitable for variety release or for further use in the breeding program as parental material.  Selected 12 hill clones will be evaluated for processing attributes and other traits important for utilization by the processing industry.  Twelve hill clones will be entries in a replicated field trial in 2005 to gather additional data regarding characteristics such as resistance to early dying, yield-total and marketable, and tuber size distribution.  After several years of further field evaluation by researchers and industry, superior 12 hill selections may be released as potato varieties.