Welcome Dr. Biswas to Under the Microscope.

UM – What is the difference between conventional plastic and bioplastic?

UM – What kinds of materials can you use to create bioplastics?

AB: Bioplastics are made from plants such as corn, sugarcane, tapioca, potatoes, rice, soy, wheat, vegetable oil, woodchips, and sawdust. This also includes recycled food waste and their byproducts — for example, straw from rice, sugarcane, or barley. We chemically modify them to make bioplastics. We are designing materials and products with a goal to recycle, repurpose, and reuse, which is the backbone of a circular economy. This approach would lead to environmentally benign materials and processes, and ultimately a cleaner environment. 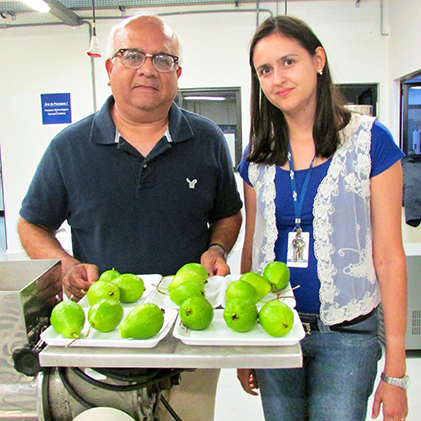 UM – Studies have shown that the world uses as many as 1 trillion plastic bags annually, yet only 5 percent of the plastics are recycled. Please explain how bioplastics may ameliorate the plastic pollution crisis.

AB: Conventional plastics threaten the ecosystem and have turned our oceans into the world's largest landfill. Non-durable household fast-moving consumer goods (FMCG) such as packaged foods, beverages, toiletries, candies, cosmetics, over-the-counter drugs, dry goods and other consumables, are used once and then disposed of immediately, which contributes to pollution.

The need for environmentally friendlier, bio-based polymers is immediate and profound. Agricultural feed stocks represent a huge opportunity for economic development for countries such as the United States, whose highly productive agricultural sectors invite technological innovations.  Bioplastics also support rural economies; oil is produced in just a few places, but plants can be grown everywhere.

Bioplastics produce significantly fewer greenhouse gas emissions than traditional plastics over their lifetime. There is no net increase in carbon dioxide when they break down because the plants that bioplastics are made from absorbed that same amount of carbon dioxide as they grew. Bioplastics are also less toxic; they do not contain bisphenol A (BPA). Bioplastics are nowadays being extensively used to make shopping bags, packaging, cutlery, mulch film, food service products, fishing nets, and many more such products. 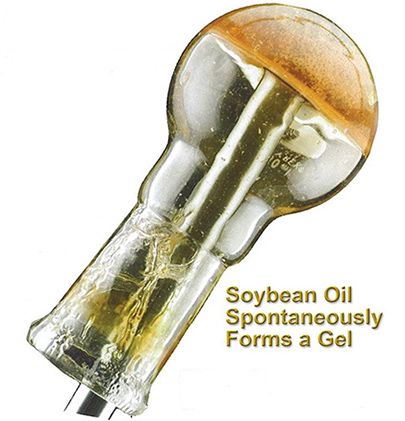 Image of semi-solid, thickened soybean oil resulting from a novel condensation method developed by Dr. Biswas and his colleagues. This research has enormous promise in the production of gels, resins, and adhesives using vegetable oils and bio-feedstocks. (Photo courtesy of Atanu Biswas, ARS)

UM – How is your research developing bioplastics that are biodegradable?

AB: The United States is the world’s largest producer of corn (starch) and soybeans. Here at NCAUR, my focus is to make bioplastics from agriculture crop-based polymers such as starch, cellulose, or soybean oil.

At NCAUR, we have discovered a fast, effective, environmentally friendly way of transforming starch or cellulose using catalysis into cellulose or starch acetates which are used for textiles, medical gauze, eyeglass frames, etc. We also have discovered an environmentally safe and clean way to attach nitrogen to soybeans and vegetable oils to make them reactive. Currently, a major auto tire company is testing these reactive soybean oil for making an improved rubber for tires and shoe soles.

UM – What are some major challenges that you face in your work with bioplastics?

AB: Some of the most sustainable bioplastics have a limited shelf life, which is not ideal for companies looking for the right type of packaging. Bioplastics are currently more expensive than standard plastics. In addition, one of the challenges in the development of bioplastics is their mechanical properties, such as barrier properties, are not as good as those of conventional plastics. Even though there is much less carbon dioxide produced during the production of bioplastics, there is still a product footprint left behind. However, even when you consider all these factors, bioplastics are much better for the environment.

UM – What is the next step for bioplastics?

In the future, the emphasis on biodegradable bioplastics is going to increase. Scientific breakthrough is needed to solve the world's serious plastic pollution environmental issues. Luckily for us, innovators from all over the world have been trying to replace/reinvent plastic in ways that are simple and promising at the same time. It is exciting to see that world’s leading consumer brand companies such as Coca-Cola Company, Danone, Ford Motor Company, H.J. Heinz, Nike, P&G, Unilever, and others form the Bioplastic Feedstock Alliance (BFA) to address potential feedstock sources for bio-based plastics.

For the advancement of any research, it is important to have collaboration. Many international scientists from all over the world visit my laboratory to conduct research on bioplastics. 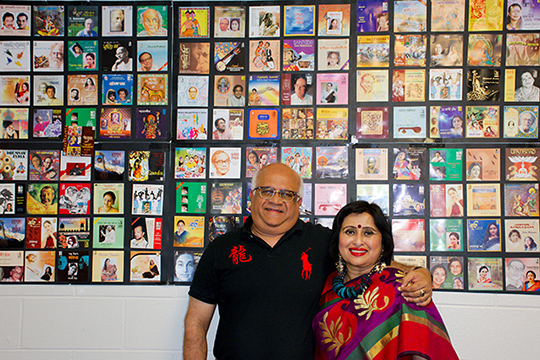 UM – Creating more environmentally friendly plastics is music to the ears of many people. And – speaking of music, I understand you were a prominent music producer?

AB: Yes, I established Biswas Records, the first company in the United States to introduce digitally recorded, traditional Indian Bengali music. From 1992-2005, the company was one of the largest producers of Bengali music albums on compact disc (CD) in the world, producing over 220 titles of famous singers and musicians from India. Biswas-label CDs and DVDs have been distributed world-wide and was featured at each North American Bengali Convention with 6,000 to 10,000 attendees. There, I was twice honored with the Ambassador of Bengali Music Award, a recognition of the highest distinction. In the United States, over 100,000 households enjoy culturally relevant music distributed under the Biswas label.

UM – How did you get from music recording to developing bioplastics at ARS?

AB: Music and science both call for vivid imagination and the willingness to try new things. My experience as a music producer helped me develop abilities – like people skills, creative thinking, and perseverance – that I believe helped me flourish as a scientist.

My scientific, entrepreneurial, and leadership skills also helped me to win international awards such as Scientists Without Borders from Brazil, OECD Fellowship from the European Union, and the Fulbright from the U.S. State Department for conducting research on bioplastics.

UM – Okay, back to bioplastics. How can consumers limit their use of or eliminate their use of non-biodegradable plastics at home?

AB: Plastics came to our lives for our convenience. Thus, when we try to eliminate plastics, there will be some inconveniences. There are a few things we can do to reduce the use of plastics: use reusable bags in stores, use reusable bottles, use cardboard over plastic, use reusable straws, use real Christmas trees, replace disposable cups with washable glasses, etc. Some of these measures are just common sense if the goal is to reduce plastic use, but it will take a collective effort to have the positive impact our environment needs to survive and thrive. – by Georgia Jiang, ARS Office of Communications.