In this edition of Under the Microscope, we spoke with Dr. Paul Wills, Associate Director for Research, Florida Atlantic University, Harbor Branch Oceanographic Institute. He currently heads a collaborative research effort focused on the fish species red drum and pompano. The effort is expanding and will soon include multiple ARS researchers.

Welcome Dr. Wills to Under the Microscope.

UM: What traits make pompano and red drum appealing for the aquaculture industry?

PW: Both are warm water marine species. The aquaculture industry is moving into marine systems, because fundamentally there's more marine water than there is freshwater. Catfish and trout, the #1 and #2 species produced in the United States right now, are both freshwater species. Their ability to expand is limited. To see large-scale growth of aquaculture in the U.S., we need to take advantage of the resources that we have, in this case saltwater resources, which are very abundant. We have a huge amount of coastline in the United States.

Red drum is also very amenable to high-density culture. Pompano is a very high-value species. They're considered to be the best-tasting fish by anglers. Both species are native to North America.

UM: What are pompano and red drum like from a taste perspective?

PW: A lot of people are familiar with red drum. Most people have heard of blackened redfish. That's red drum. Pompano is like a cross between tuna and mahi mahi. You have the white flesh of the mahi mahi, but the oil of the tuna. With Pompano, if you can get somebody to eat it, they're going to like it.

UM: Where can you find these fish in the marketplace today?

PW: Pompano you'll only find seasonally, because it's from limited commercial fisheries. You'll find it mostly in white tablecloth restaurants, and it's going to be $30-40/plate. Red drum is primarily available in Texas and Louisiana today. Our goal is to make both fish much more widely available and affordable.

UM: How do these fish compare with other fish that are more widely available today from a nutritional standpoint?

PW: Pompano, being an oily fish, is very high in Omega-3 fatty acids. So, from a nutritional perspective, it's going to be similar to salmon and trout, which are also high in omega-3. Both fish are extremely good sources of low-fat protein. Pompano is higher-fat than red drum, which is a lean fish, but the fats that are in pompano are good fats. They're omega-3 fatty acids that you want for a heart-healthy diet. From a nutritional perspective, they're excellent, excellent fish. 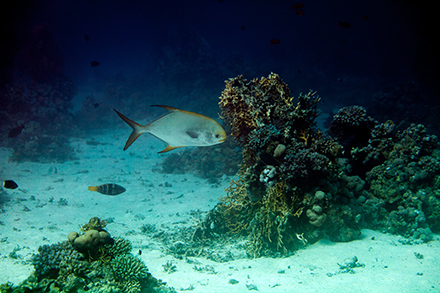 UM: Okay, let's get into your research. Which aspects of fish production are you exploring?

PW: The project is looking at genetics; we're looking at nutrition, the portion of the lifecycle that's larval, before metamorphosis. The current technology is dominated by live feeds, microcrustaceans that have to be grown and then fed to those fish. We would like to eliminate that whole live feed component, because it's a portion of the lifecycle that's risky. You have to maintain cultures of all these live feed organisms, and if those cultures crash, your larval fish will starve very quickly.

UM: What alternative feeds are you exploring?

PW: This past year we've been working with clam producers. They have some byproducts from the clam processing, which are very sustainable, because they are what previously would have been a waste from that industry. We've worked with various algal oils as well, as a substitute for the fish oil. On our previous projects, we were looking for substitutes for protein sources, and soybean oil was one of those. Most of the diets that we compound right now have a lot of soybean in them.

UM: What are the end results of the research that USDA shares with industry?

PW: It could be broodstock, it could be transferring information to the feed producers, helping ingredient producers, like the clam meal. We're also using genetic techniques to identify diseases in the system before they cause illness – a pro-active detection and management scheme.

UM: In addition to nutrition and selective breeding, what are the other components of this project?

PW: Fish health. From the genetics perspective, we're looking at identifying diseases before they become a problem. One of our researchers is working on rapid, non-intrusive detection methods, where you don't have to pull a fish out of the tank. Basically, you take a water sample and detect the DNA from disease organisms in that water sample, and can then quantify it. Some of them are there all the time, but the fish are susceptible when they're stressed, if it's present in high enough quantities. We can detect that and relate it to whether there are active infections that need to be addressed, through management rather than medication.

UM: Which diseases are you researching?

PW: One of the diseases we're interested in is Amyloodinium, which is a difficult disease to deal with in the farm and can cause catastrophic losses, We're working on that disease and a bacterial disease called Vibrio right now. There are no vaccinations or anything. Vaccination is preferable to antibiotics, and much more proactive; antibiotics are reactive. 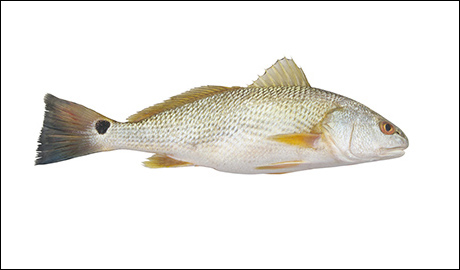 UM: Are the results of your work applicable to other types of fish?

PW: In marine aquaculture, Amyloodinium is very host-unspecific, so it will be broadly applicable. Vibrio is also broadly disease-causing, it's opportunistic. That will be applicable to many species as well. As the industry matures, because frankly we're at an infant stage, no doubt other diseases will be found and have to be dealt with.

UM: Looking ahead, what other challenges do you see on the horizon? Will climate change affect the ability to develop these fish?

PW: Warming of the oceans can cause problems that I can't even predict. Many of these species rely on specific temperature profiles in their traditional spawning areas. If that area is excessively warm, they have to move north or they're going to go extinct. If they're in culture, we have much more control over the temperature, but at the same time, we would have to do cooling, or move the farms further north as well. Weather extremes also lead to catastrophic losses to due hurricanes because we're in a hurricane area. We aren't working on these issues at this point, but it's always at the back of mind.

UM: Are there other species that you're looking at or thinking about developing in the future?

PW: Yes. One of the species we started to work with, along with some of our research partners, is the jacks, almaco jack and the California yellowtail jack. As the project moves forward, we'll probably start to address some of these other species. Ultimately, I would like to start looking at some herbivorous species. From a nutritional perspective, they may be much more efficient than the carnivorous species. From the perspective of environmental sustainability, they may have an advantage in public perception. But right now, these are just dreams for where the project could go in the future. – by Kathryn Markham, ARS Office of Communications.