Among our research interests is the useVirus-like-particles (VLPs) technology to design plant virus platforms for a new-generation of vaccines against prevalent and emergent animal diseases, production of biomaterials, chemical tools and diagnostics. Plant - VLPs are self-assembled structures derived from plant viral coat proteins that mimic the native architecture of the viruses but lack the viral genome. The VLPs are not able to reproduce as the viruses themselves, but can carry cellular RNAs. Plant viruses possess uniqueness to self?assemble in vitro and in vivo into VLPs with nanoscale dimensions and range of properties. These attributes include particulate shape and structure, specificity of symmetry, polyvalence as well as stability of properties under different ranges of temperature and pH.

This versatility of the plant viruses allows their wide potential use as nanomaterials and, not surprisingly, the new viral nanotechnology field holds significant promise in agriculture and plant virology.

In exploiting the spectrum of plant virus properties, we utilize a variety of protocols and strategies to modify a range of plant viruses to assume new functions. We also employ a range of techniques including genetic engineering and bio-conjugation reactions when incorporating foreign molecules on the surface of VLPs. 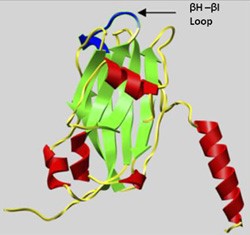 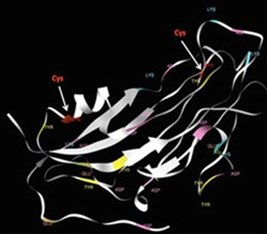 The genetic modification of the viral genome consists of insertion of the foreign sequence into the plant virus coat protein gene, and production of chimeric VLPs which carry the foreign peptide on the viral surface (A).  Bio-conjugation chemistries allow the conjugation of ligands (peptides) through cross-linking reactions to the reactive groups present on the exterior viral surface of VLPs (B).