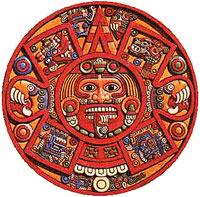 The tomato, like its relative the potato, has its origin in South America. It was domesticated in Mexico and its name is derived from the Aztec "tomatl".

Spanish explorers introduced the tomato to Europe in the 1600's where it was embraced by Spaniards and Italians. Northern Europeans suspected the "wolf peach" was poisonous and only grew it for decoration, though some felt it was an aphrodisiac and began calling it "love apple".

The tomato arrived in America in the late 1700's along with all of the myths surrounding it. Adventuresome gardeners, like Thomas Jefferson, helped it gain in popularity. By 1835, tomatoes were widely eaten.

Though botanically a fruit, in 1893 the U.S. Supreme Court ruled the tomato was a vegetable (NIX v. HEDDEN, 149 U.S. 304). The import tax placed on vegetables (but not fruits) protected U.S. tomato growers from foreign markets. 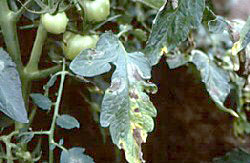 Fruit or vegetable, plant breeders have been changing the tomato ever since. Thousands of varieties have been developed to improve quality and disease resistance and to offer us a wealth of sizes, colors and flavors to enjoy - 88 lbs per person each year in the U.S.

The following scientists in the Vegetable Laboratory conduct research on tomatoes: