NAMING AND RELEASE OF
THE HARLEY BLACKWELL POTATO VARIETY 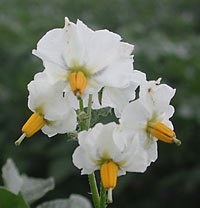 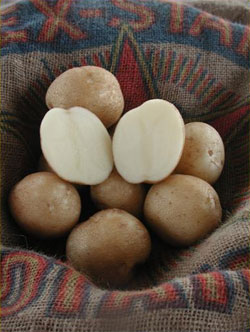 HARLEY BLACKWELL is resistant to race A of the golden nematode, internal heat necrosis and air pollution damage. It is susceptible to Verticillium wilt and late blight. It is moderately susceptible to early blight, has intermediate resistance to common scab, and has some tolerance to powdery scab.