Barbara Baker, a research plant molecular geneticist with the U.S. Department of Agriculture’s Agricultural Research Service (ARS), is among the newest members of the National Academy of Sciences (NAS). One of the highest honors in the science community, NAS election recognizes significant achievements in original research.

Baker, who is with the ARS Plant Gene Expression Center in Albany, California, is known for her work with disease resistance genes (R-genes) in plants. R-genes are individual plant genes, each of which directs a plant to produce a single, unique protein that is keyed to provide a defense to a specific disease pathogen or group of related pathogens.

Plant genomes contain large numbers of R-genes and each encodes for an R protein that recognizes a specific pathogen signature and triggers resistance responses to different pathogen species.

Baker’s research revealed that R-genes and the proteins they encode for form a major plant defense system against a broad spectrum of plant pathogens including bacteria, viruses and fungi.

The concept of single traits conferring disease resistance to specific pathogens has been around for decades. But Baker was the first to isolate one of these single genes responsible for resistance to a specific plant virus. This gene, named N for Necrosis, codes for a protein that provides resistance to the tobacco mosaic virus. 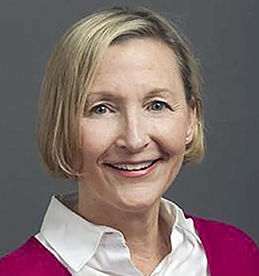 Today, Baker’s research focuses on understanding how molecular-genetic mechanisms confer immunity and resistance. She is investigating the structure, function and evolution of the R-genes with an anticipation that her studies will lead to new environmentally benign strategies for producing durable disease-resistant crops.

Pathogen diseases reduce crop production globally by 10-40 percent each year. These pathogens are continually evolving and overcoming existing innate, genetic resistance in crops. Plants also continually co-evolve, producing new R-genes in response. But the natural process of playing catch up can be too slow in modern agriculture.

With the advances that have followed Baker’s work, plant scientists and breeders have been able to speed up the process and introduce new disease resistance genes into crops.  For example, in a crop such as potato R-genes from wild relatives were transferred into a cultivated potato where they protect it from late blight disease, caused by the pathogen Phytophthora infestans, the cause of the Irish Potato Famine of the mid 1800’s and still plagues our crops).

The National Academy of Sciences elects members to honor their distinguished and continuing achievements in original research. Membership is a widely accepted mark of excellence in science. Current NAS membership is about 2,400 U.S. members and 500 international members, of which about 190 have received Nobel prizes.