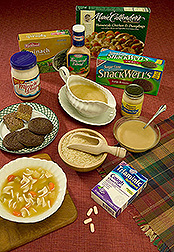 New specialty uses could be in store for GEDrew, a variety of "giant embryo" brown rice whose bran is packed with antioxidants and vitamin E forms.

STUTTGART, Arkansas, Jan. 28, 2020—GEDrew is a brown rice with an odd kernel trait that sidelined its commercial prospects. Now, Agricultural Research Service (ARS) scientists' re-examination of the trait and its link to increased antioxidant levels could give the rice variety a new commercial lease on life.

GEDrew is the result of a mutagenesis rice breeding program conducted more than a decade ago by rice geneticist Neil Rutger (retired) at the ARS Dale Bumpers National Rice Research Center in Stuttgart, Arkansas. The variety, a genetic mutant, didn't make the cut, however, and Rutger placed it in storage in the USDA-ARS World Rice Collection, a repository of more than 19,000 accessions and 12 species representing the genus Oryza.

And there GEDrew might have remained today, were it not for the follow-up investigations of ARS chemist Ming-Hsuan Chen and the center's current director, Anna McClung. In 2007, they began re-evaluating the collection's specialty rice accessions for traits that could contribute to improved grain yield or nutritional content. Such collections, popularly known as gene banks, serve as a critical source of diversity in the face of emerging pest and disease threats, environmental change, market demands and other events.

Their investigation of GEDrew focused on a single gene mutation that results in kernels with enlarged, or "giant," embryos. In addition to a higher proportion of bran to whole-kernel weight, the researchers observed, the giant embryo trait also correlated to a three-fold increase in alpha-tocopherol and a 20- and 29-percent increase in total tocotrienols and gamma-oryzanol, respectively.

Tocopherols and tocotrienols are forms of vitamin E with important biological activity in the human body. These may include helping prevent unstable molecules called free radicals from causing cellular damage and other associated harm, Chen said. Gamma-oryzanol, a mixture of antioxidant compounds in the bran's oil fraction, is thought to play role in reducing blood cholesterol levels, among other health-promoting benefits, she added.

Grain yield evaluations showed that GEDrew compared well to Drew and Cocodrie, two commercial varieties the researchers used for comparison in Texas and Arkansas trials. Even though GEDrew produced slightly smaller grains, it was unmatched in terms of its yield of bran, lipids and the three antioxidants. All are high-value ingredients for specialty uses ranging from edible oil for cooking and salad dressings, to breakfast cereals, nutrition bars, beverages and skin-care products, according to McClung.

She credits the rice mutation breeding efforts of Rutger, a 2009 ARS Hall of Fame inductee, with setting the stage for their finding that the giant embryo trait leads to whole grain with increased gamma-oryzanol levels and vitamin E—especially alpha-tocopherol (the only form listed on the nutrition facts of food packaging labels).

At the time, "Rutger was looking for any agronomically useful traits in his mutation breeding program, like earlier flowering, male sterility, elongated internode and apomixis but had the most success with semi-dwarfism," McClung noted. "The giant embryo and a low phytic-acid mutant were examples of mutations that resulted in a change in grain traits."

In the case of GEDrew, additional laboratory and field work revealed value in what initially appeared to be a genetic kernel oddity.

"This is the only study on a giant embryo rice mutant in the United States and one that's a tropical japonica-type rice adapted to the U.S. growing conditions," noted Chen, who co-authored a paper on the finding in the November 2019 issue of Cereal Chemistry together with McClung, Casey Grimm at the ARS Southern Regional Research Center in New Orleans, Louisiana, and Christine Bergman (formerly with ARS) at the University of Nevada in Las Vegas.

McClung said their research has a two-fold purpose: to broaden the market opportunities for U.S. growers and to enhance the nutritional value of rice, a staple food for more than half the world's population. In its whole-grain (unrefined) form, rice can provide a key source of not only protein, vitamins and minerals, but also insoluble fiber, essential fatty acids and bioactive compounds thought to contribute to dietary health.