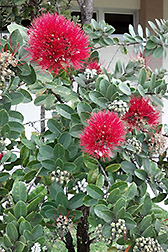 Scientists have identified the fungal killers of Hawaii's ‘ōhi‘a trees. The ‘ōhi‘a tree is of ecological, biological and cultural significance to the state.

A team of Agricultural Research Service (ARS) and university scientists has identified two new species of fungi as the puzzling killer of hundreds of thousands of Hawaii’s beloved ‘ōhi‘a trees.

“Rapid 'Ōhi'a Death” (ROD), a devastating wilt disease, has been ravaging the Hawaiian tree since 2010. So far, the problem has been limited to the Big Island of Hawaii and, more recently, Kauai.

Along with Federal, state and other cooperators, Keith coordinates pathology research in Hilo to contain and manage the disease.

The name “Rapid 'Ōhi'a Death” refers to the fact that, once symptoms become visible, the trees generally only have a few weeks to live and appear to die rapidly. However, affected trees can harbor the fungi for months before disease symptoms appear.

Scientific evidence originally pointed to an aberrant strain of the fungus Ceratocystis fimbriata, which also attacks sweet potato, including in Hawaii. Then Keith and colleagues from the University of Pretoria, University of Hawaii and Iowa State University determined that two new species of Ceratocystis are actually to blame, which they have named C. lukuohia and C. huliohia. The two are genetically distinct from each other. Both belong to geographic subgroups based in Latin America and Asia, suggesting they arrived in Hawaii with imports of vegetatively propagated plant material and then evolved specifically to infect ‘ōhi‘a.

The team identified the two fungi using specimens (or “isolates”) from dead or dying ‘ōhi‘a trees on the Big Island. Names for the newly identified pathogens were chosen in consultation with the Hawaiian culture organization Kekuhi Keali‘ikanaka‘oleohaililani of the Edith Kanaka‘ole Foundation. C. lukuohia means “destroyer of ‘ōhi‘a.” C. huliohia translates to “changes the natural state of ‘ōhi‘a."

Of the two fungi, C. lukuohia is the more aggressive. It wages a systemic attack on the tree’s vascular system, obstructing water and nutrients and causing the canopy to rapidly die and turn brown. By contrast, C. huliohia inflicts cankers just below the tree’s bark, killing off localized sections of vascular tissue so that the tree dies more slowly.

The team refined its suspect list by identifying tell-tale pieces of the fungi’s DNA (called microsatellite markers), examining their physical structure, and conducting host-specificity tests as well as a deep-dive of their genetic family tree and origins.

The finding reported in March in the online issue of Persoonia opens the door to developing fast new methods of detecting the fungi in ‘ōhi‘a and other potential host plants, as well as distinguishing them from other Ceratocystis species. This, in turn, will expedite efforts to monitor the disease and prevent its spread to other Hawaiian Islands as well as other regions of the world where Meterosideros forests exist.