One experience that shaped my interest in environmental science was growing up near the Nashua River, which flowed through my home town in central Massachusetts. In the early 1970s, one could not escape the many colors and odors the river would emit due to untreated discharges from municipalities and industries including paper mills.

The Nashua River would later become well-known for its dramatic transformation into a scenic and recreational waterway. The clean-up was driven in large part by the leadership of Marion Stoddart and the Clean Water Act. Seeing this positive change in my backyard at a young age made a lasting impression and later influenced my career interests. 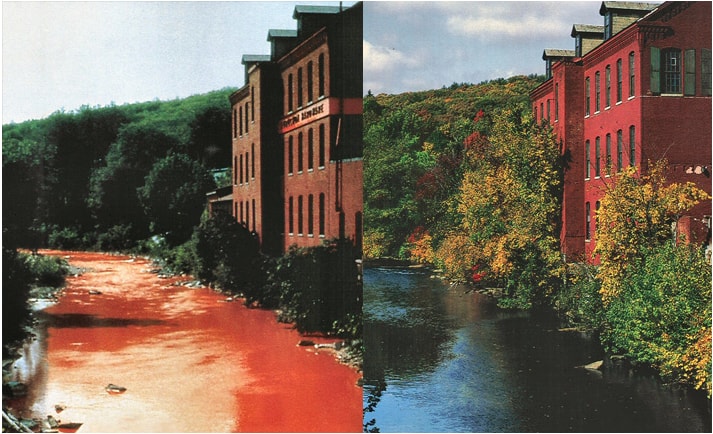 As an undergraduate student, I had a variety of interests, taking courses in anthropology, religion, sociology, math, and finally majoring in psychology, although not quite sure about career goals. Soon after graduation, my interest in environmental science grew and I enrolled in a master's program.

While in graduate school, I started my first environmental job - which happened to be as a lab technician at a wastewater treatment plant along the same Nashua River. I analyzed samples taken at various stages of treatment which allowed me to see directly the effectiveness of the treatment processes. This  further added to my interest in environmental science.

I went on to complete a M.S. in Civil/Environmental Engineering at UMass-Lowell under the supervision of Professor Clifford Bruell which prepared me to work for research-oriented environmental consulting companies, first in Boston and then San Francisco. Some of this work involved feasibility evaluations of technologies for remediating soil and groundwater contaminated with industrial chemicals. I also found out that I wasn't quite done with school yet.

Through some serendipitous events, I was fortunate enough to connect with Professor Dennis Rolston, who supervised my PhD research at UC Davis, and later Professor Peter Groffman, who supervised my post-doctoral projects at the Cary Institute of Ecosystem Studies. In both cases, and in my current position, my work has focused on better understanding the transformations of Nitrogen that can affect the environment in many ways. It was in that initial job at the wastewater treatment plant on the Nashua River where I first became aware of the importance of the nitrification process and its widespread impacts on air, soil and water quality, which remain central topics of my research.