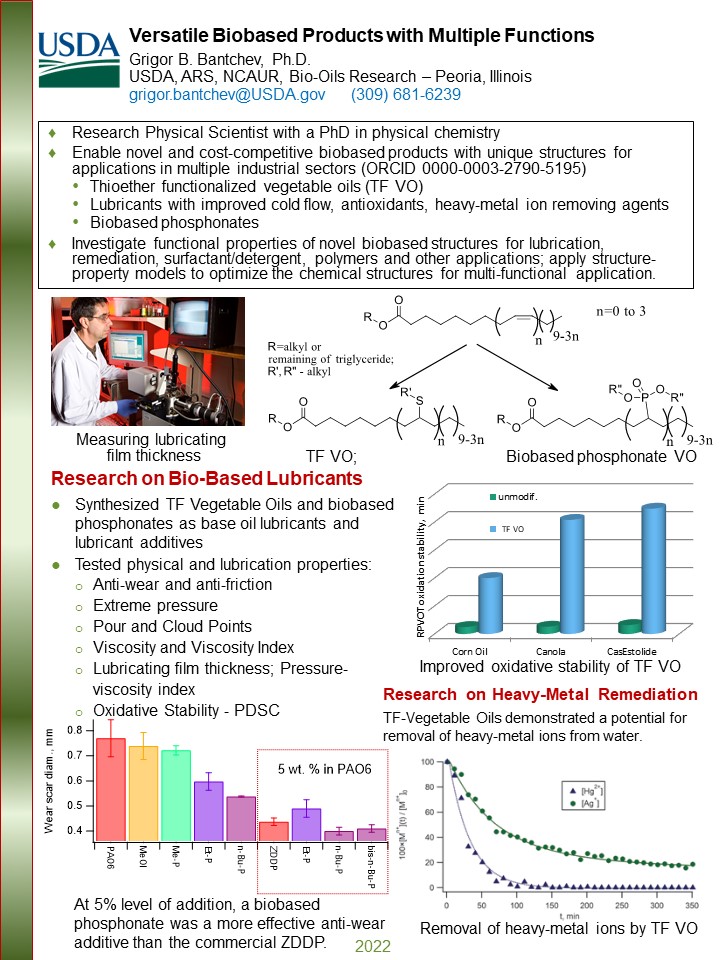 Grigor Bantchev is a chemist and physical scientist. He received his Master of Science (1993) from University of Sofia (Bulgaria) and his PhD (2003) from Tulane University.  He did postdoctoral work at Louisiana State University and Louisiana Tech University until he joined the NCAUR in 2007, where he works in the Bio-Oils research group. His research is mostly focused on the production of biobased lubricants from agricultural biomass and the testing of these lubricants as renewable, biodegradable replacements for petroleum-based materials. He synthesized several biobased phosphonates and thioethers as potential lubricants or lubricant additives. The biobased thioethers also showed good potential for heavy-metal removal from contaminated water.