Who & Where We Are

He previously served as Director of the National Agricultural Library (NAL), which serves as the central library for the U.S. Department of Agriculture and is one of the four National Libraries of the United States. NAL is world's largest and most accessible research library specializing in agriculture.

Before joining NAL, Simon Liu served as Associate Director of the National Library of Medicine (NLM) and Director of the NLM Computer and Communications System. Prior to his service at NLM, he held leadership positions with the U.S. Departments of Justice and Treasury, following work in the private sector where he led information system development and space mission studies to support NASA mission and operations.

He attended university in his native Taiwan and pursued graduate studies in the United States, where he earned master's degrees in Computer Science, Business Administration, and Government from Indiana University, the University of Maryland, and Johns Hopkins University. He has earned two doctoral degrees: an Ed.D in Higher Education Administration and a Ph.D. in Computer Science from George Washington University. He also serves as an adjunct faculty member with graduate school appointments at several of these institutions.

Simon Liu is active in professional societies and associations and have served as the Editor-in-Chief of an information technology magazine and editor of four journals in the past 20 years. Simon has published a book and more than 80 book chapters, journal articles, and conference papers. 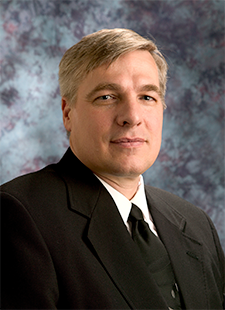 Currently, Steven is leading the ARS Big Data initiative.  He recently served as a senior advisor for animal protection and production in the USDA Office of the Chief Scientist. He had worked with USDA agencies on issues related to animal health and production, herbicide resistance, and biosafety and biocontainment in high and maximum biocontainment laboratories.

Previously, he has co-chaired a U.S. Government interagency biosafety taskforce and is a co-chair of the National Science and Technology Council Subcommittee on Foreign Animal Disease Threats. He also is a member of the USDA One Health Joint Working Group and he is working with USDA agencies and Food and Drug Administration to address issues on antimicrobial resistance.

Steven Kappes is a native of South Dakota.  He obtained a B.S. and M.S. in Animal Science from South Dakota State University and a Ph.D. in Molecular Biology from the University of Missouri-Columbia. 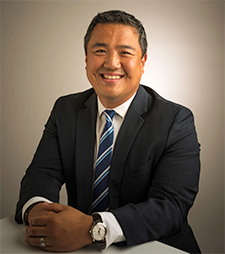 Mr. Joon Park has been serving as ARS Associate Administrator for Research Management and Operations since June 2022.

Prior to this, Mr. Park served as the Research, Education and Economics (REE) Mission Area Business Center Chief Operating Officer (COO) and the Deputy Administrator for Administrative & Financial Management (AFM) with the USDA Agricultural Research Service in Washington D.C. Mr.  Park led an organization of over 500 business professionals throughout the United States that provide human resources, financial management, acquisition, property management, facilities engineering, extra mural agreements, information technology and homeland security services to the four USDA REE Agencies: Agricultural Research Service (ARS), Economic Research Service (ERS), National Institute of Food and Agriculture (NIFA) and the National Agricultural Statistics Service (NASS).  Mr. Park has held other positions with the USDA Agricultural Research Service to include serving as the ARS Human Resources Director in Beltsville, MD from 2010 –2012 and as the ARS South Atlantic Area Deputy Area Director for Business Management in Athens, GA from 2007 – 2010. Mr. Park began his Federal career with the Naval Air Systems Command in Patuxent River, MD through the Acquisition Intern Program in 1996 and served in various Logistics Management positions through 2007. Mr. Park graduated from Liberty University in 1996 with a B.S. degree in Government and received his Master of Business Administration (MBA) from The Johns Hopkins University in 2002. In addition, Mr. Park is a graduate of the Federal Executive Institute in Charlottesville, VA, the National Security Studies Program at the George Washington University in Washington, D.C, the Key Executive Leadership Certificate Program at the American University in Washington D.C, and the USDA Senior Executive Service Candidate Development Program (SESCDP).